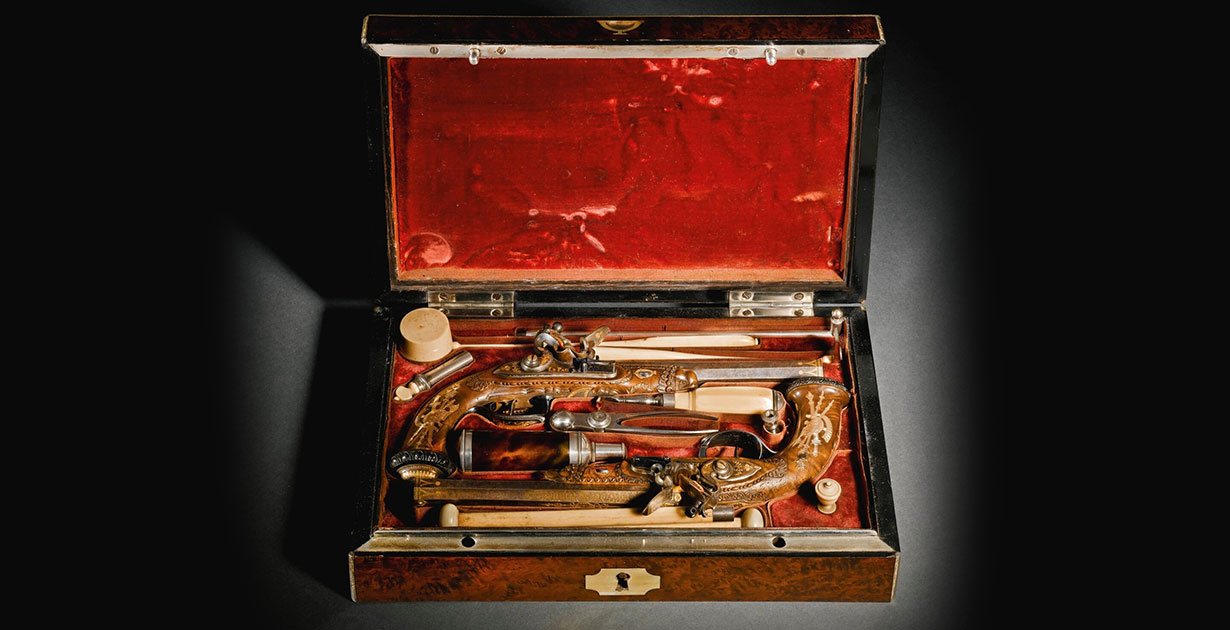 Golden pistols of the three-year-old Emperor

Napoleon Bonaparte said goodbye to his beloved son in the cold winter of 1814, leaving the next day for war. The emperor assumed that he would not come back to celebrate his son's birthday. The great commander prepared a gift in advance and gave it to the heir Napoleon François Charles Joseph Bonaparte, King of Rome. It was a pair of gold-trimmed dueling pistols. 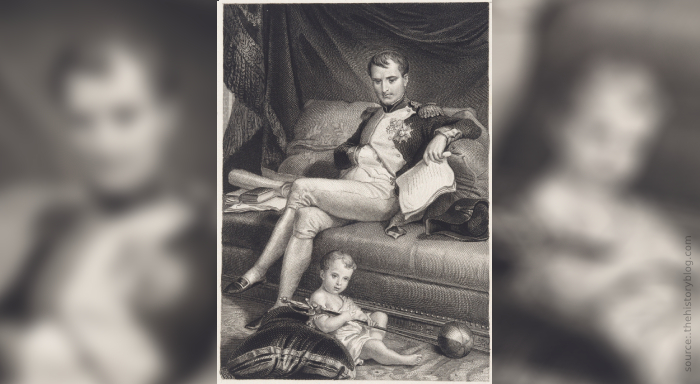 Anonymous lithography: Napoleon Bonaparte and his only legitimate son.

The well-known craftsman Jean Lepage created the set of unique pistols by the order of Napoleon Bonaparte. Jean was the court gunsmith of three French kings: Louis XVI, Napoleon I and Louis XVIII. Lepage went down in history as one of the best manufacturers of flintlock dueling pistols of 18-19 centuries. 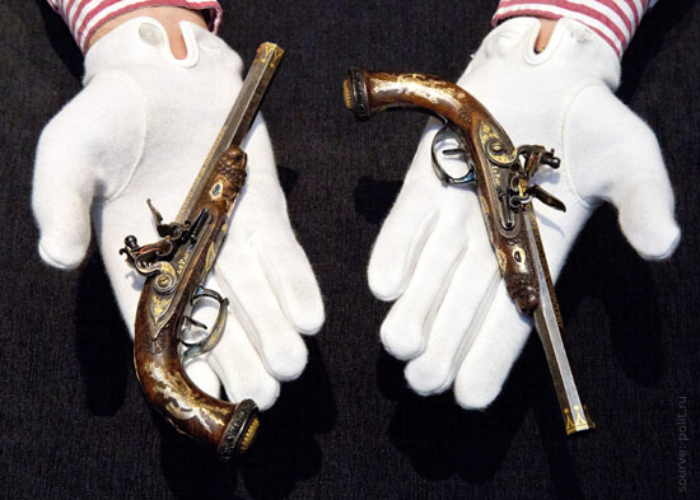 In the photo: due to its miniature size, the weapon resembles a toy gun.

Pistols were rather small, only 20 centimeters long, so they could fit the child's hand. The gunsmith made a children's version of this military firearm by adapting the weight and trigger mechanism to the physical capabilities of the little shooter. 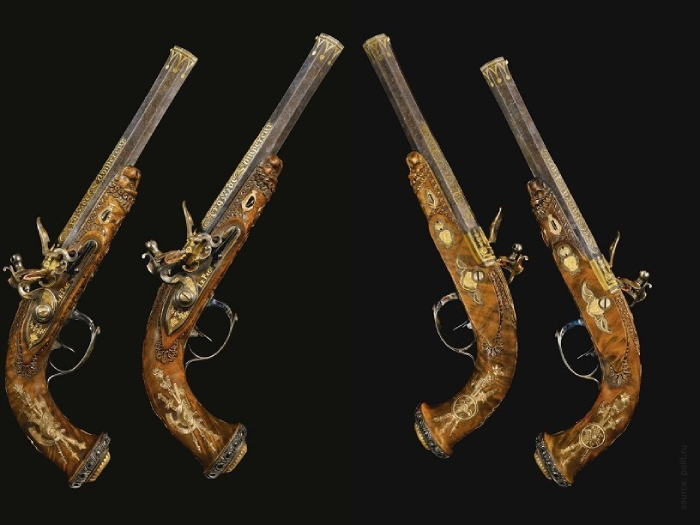 In the photo: Roi de Rome pistols (King of Rome) were named after the first owner, Napoleon II.

Gun barrels and mechanisms of the pistols were made of steel. Handles and gunstock were carved from a nut tree and inlaid with gold.

The case where the precious gift was kept is trimmed with mother-of-pearl and ebony, lined with red velvet on the inside, containing silver and tortoise shell accessories for loading and cleaning the pistol.

The personal symbols of the Emperor, such as eagle, lightnings, bees, and the letter N are printed on the surface of the weapon. Manufacturer's name, place and date of manufacture “Janv. 1814" are engraved with gold trim.

Napoleon wanted his son to have a great future. That is why the craftsman placed an allegorical miniature illustration on the cover of the case: “The Centaur Chiron Teaches Young Achilles Archery”.

However, Napoleon II never made heroic deeds and could not continue the imperial dynasty.

In the photo: the story about the Greek mythological hero Achilles

The first Emperor of France was a great man, people like him clearly understood that the reliability of gold stood the test of time.

In 2015, the owner of the largest collection of Napoleon’s possessions has put up for sale an elegant set of Roi de Rim at the Sotheby’s auction house. The set was sold for 1 345 305 euros on July 8.