From 1987 to 1992, the south-western part of Colombia was particularly arid: no rain for five years in the Cauca Valley. The water level decreased threefold, exposing the bare ground from time to time. One farmer cultivated the dry land near the shallow river and planted sugarcane. Suddenly his hoe got stuck. The man leaned over and saw a piece of gold glittering in the sun…

Archaeological excavations were conducted on the site where the precious item was discovered. It turned out that the area of 2500 hectares used to be a necropolis of the pre-Columbian era, once full of fertile soils suitable for human habitation and Indian settlements nearby.

The leaders of the ancient tribes, representatives of the nobility and military commanders were buried in a large burial ground. Scientists called the archaeological findings “the treasures of the leaders of Malagana” after the name of the village where the necropolis was discovered.

"The treasure of Malagana" immediately became the spot of widespread looting.  When scientists from the Colombian Institute of Anthropology and History began exploring the necropolis, its area resembled military trenches: the entire hill was dug up all over the place.

Archaeologists managed to discover valuable artifacts overlooked by marauders, most of which were made of gold: the most revered metal of the ancient Indians. Scientists have found large vases and vessels, stunning necklaces and earrings, military armor and ritual golden masks of Indian priests. 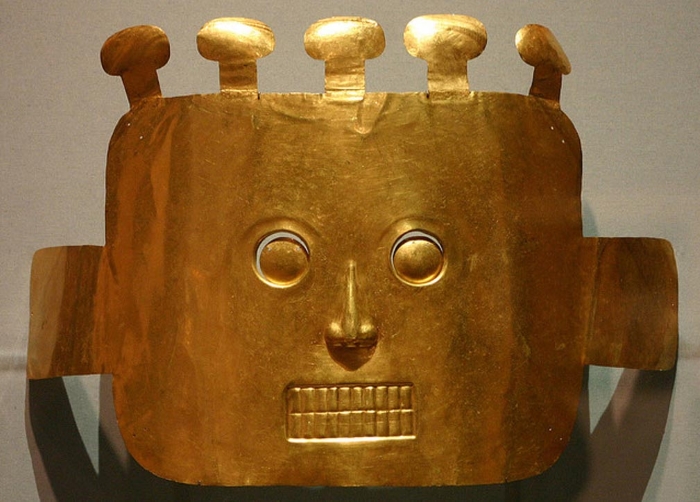 Museum workers from Bogota (the capital of Colombia) bought 30% of the stolen artifacts from the “illegal diggers”, including 114 valuable golden items. Private collectors purchased the rest. 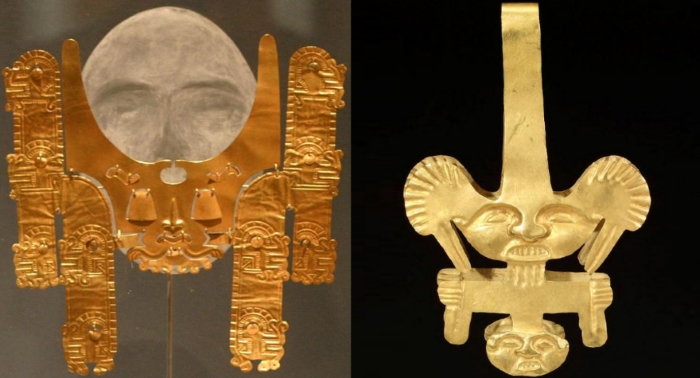 In the photo: some of the treasures of the “leaders of Malagana” are permanently exhibited in the Museum of Gold, Bogota.