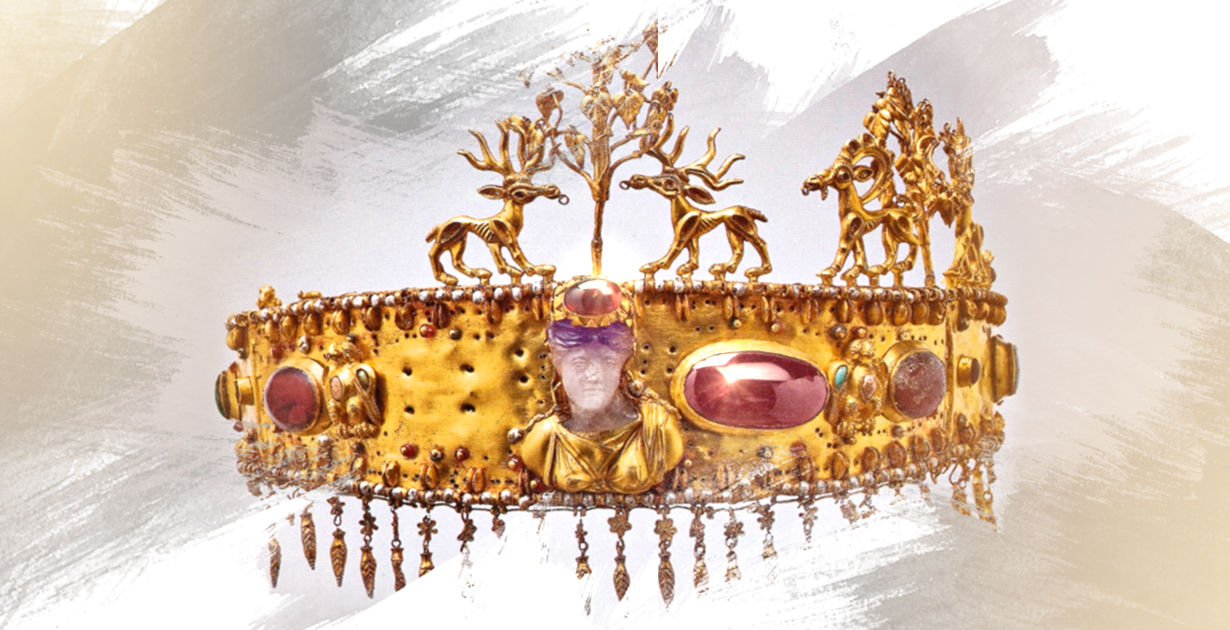 Novocherkassk is located on the territory that many centuries ago was called the Great Steppe – in the center of the Eurasian continent from the Carpathians to the Altai Mountains. Back in the day, the land owners were nomads: Huns, Sakas, Scythians, Alans, Mongols and Sarmatians who left behind a poorly-documented legacy…and gold.

Mystery of the old kurgan (tumulus)

In 1864, on the outskirts of Novocherkassk, an ancient burial mound (tumulus) Khokhlach kurgan was excavated. Historians, not to mention the residents, paid no attention to it. Therefore, when the authorities began to install water pipes, no one expected surprises.

When the workers began to dig up the hill with shovels, they broke through the side walls and gold started to fall from the caches. People were divided into those who filled their pockets with ancient treasures, and those who rushed to tell the public authorities about the discovery. 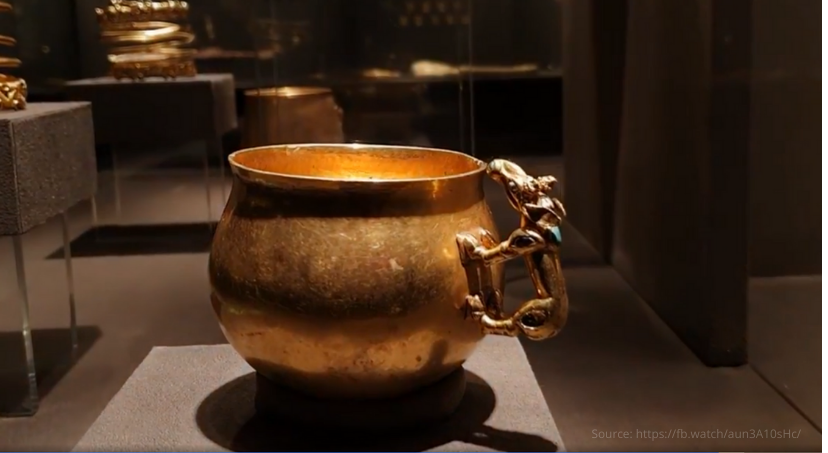 In the photo: a vessel with a moose figurine, according to archaeologists, was a ceremonial one.

Now all the treasures of the hoard are stored in the Hermitage Museum in Saint Petersburg. 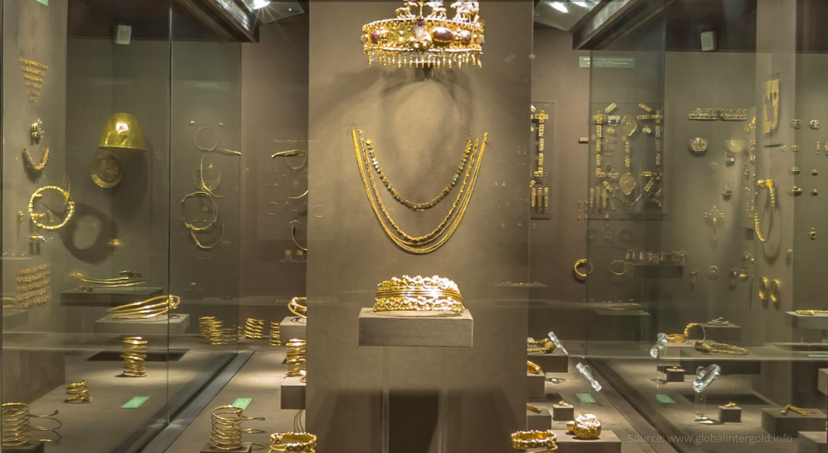 In the photo: the jewels of the priestess are currently stored in the Hermitage Museum.

The archaeologists believe that the historical value of the hoard is priceless. The decorations of the Sarmatian woman lay underground for nearly 2000 years and hence were well-preserved. 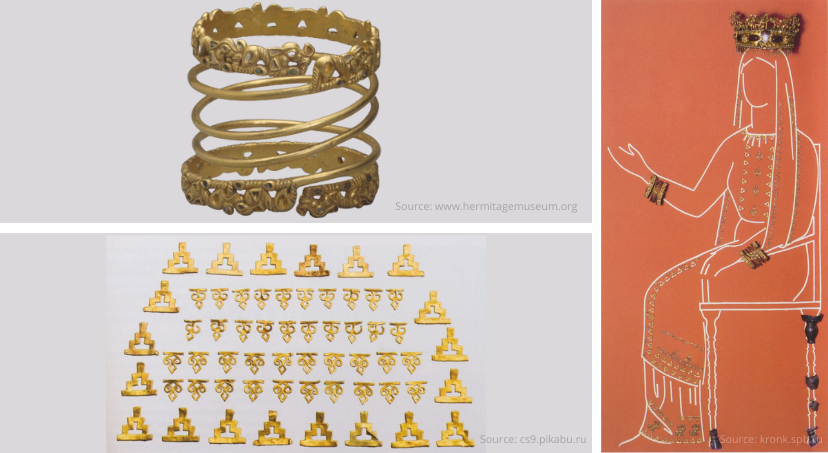 In the photo: scientists reconstructed the suit of the noble woman.

Gold of the two empires

The jewelry of the Sarmatian priestess is inlaid with turquoise and multicolored stones and made in the style of Scythian art featuring floral and animalistic motifs. Similar objects were found in other kurgans in the south of Russia, while some items from Khokhlach became a real breakthrough for historians.

One of such valuables was the tiara of the priestess. The artifact is unique in that it combines two cultural traditions in one: the eastern nomadic and the western Hellenic. The Sarmatians, who dominated the northern Black Sea coast at the turn of the epoch, turned to the Greeks, who lived in the cities of the Crimean Peninsula, asking for help in making gold jewelry.

The base of the diadem consists of three interconnected strips. The front side is decorated with precious garnets, colored glass and figures of birds, the wings of which are encrusted with turquoise. In the center is a large chalcedony cameo depicting a woman dressed in a gold tunic and wearing a crown with a large amethyst. The carved gemstone, presumably of Greek craftsmanship, is older than the diadem itself and was probably once an adornment of its own. Therefore, when placed in a headdress, it was additionally processed. 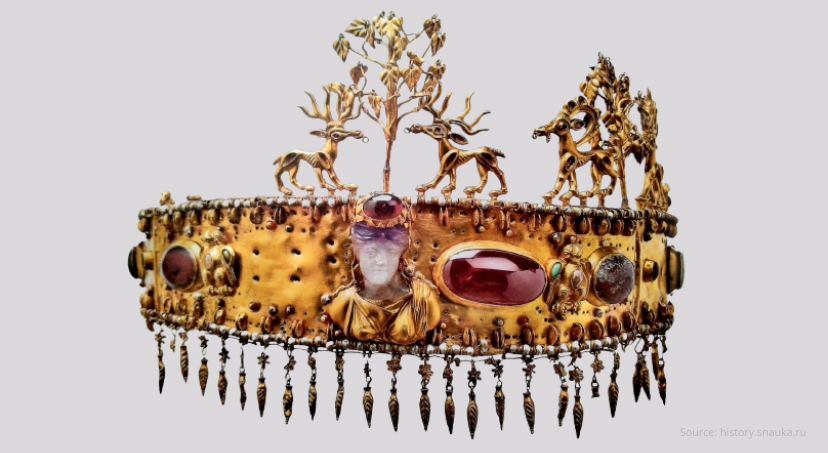 In the photo: the diadem strikes with its beauty.

A mythological scene is depicted on the upper part of the golden crown: deer and aurochs gather at the symbolic tree of life.

There is hope that someday the Great Steppe will reveal more ancient gold.