Gold mining in Peru: a story through a series of photos

In many countries of the world, people have mined gold for thousands of years manually.

We present you a photo report about the mining of the noble metal in the region of Madre de Dios, southeastern Peru.

Where does gold come from? 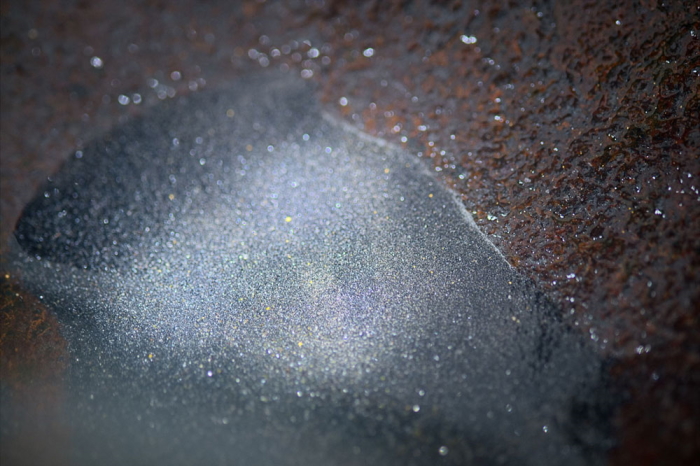 In the photo: the smallest particles of gold can be found in the ground. The content of gold is determined by the characteristic sparkle.

How are gold particles collected? 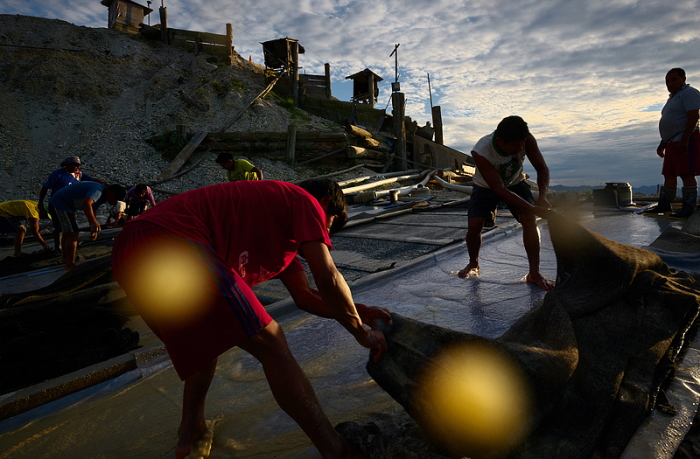 In the photo: prospectors fill the soil with water, and carpets of wool are put inside it. As you know, wool fibers make it harder for dirt particles to stick while accumulating and retaining gold particles. Then the miners shake the gold sand off the carpets into the washing tanks.

How to wash out soil particles? 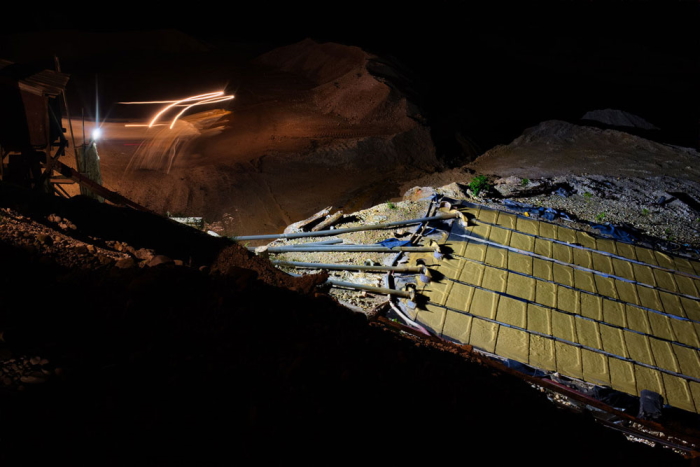 In the photo: a common way to retrieve gold sand from the soil is to pump liquid soil through hoses and rinse in special compartments. 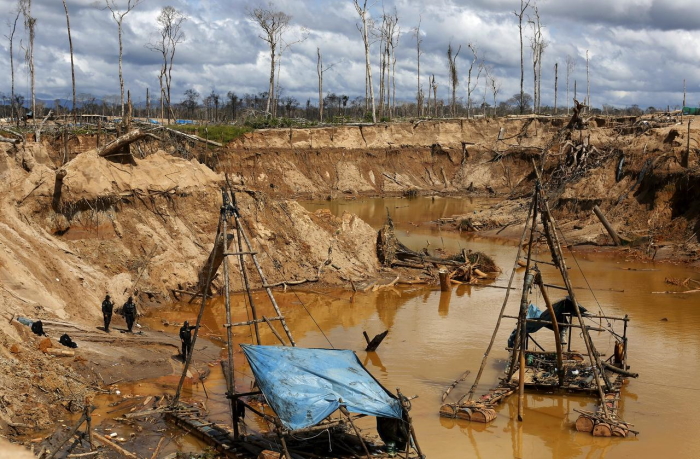 In the photo: this is how the gold mining areas in southeastern Peru look like. 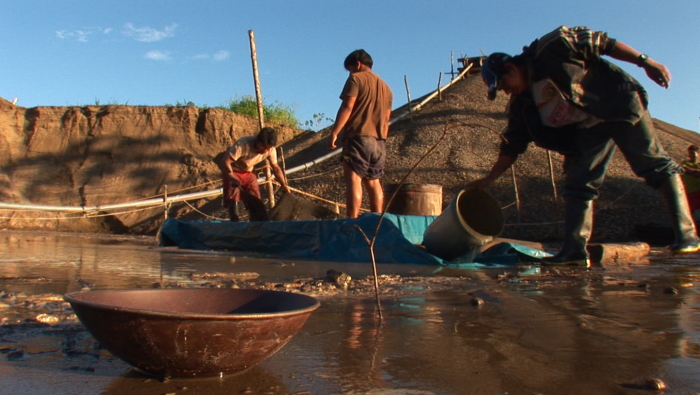 In the photo: Madre de Dios gold miners at work. Many prospectors work in the mines for 40-50 years starting from adolescence. 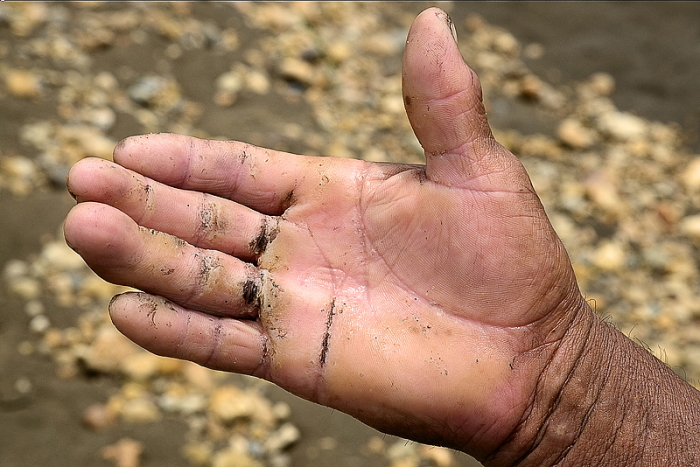 In the photo: the palm of a 72-year-old gold miner's hand who has been engaged in gold panning since he was 16 years old. 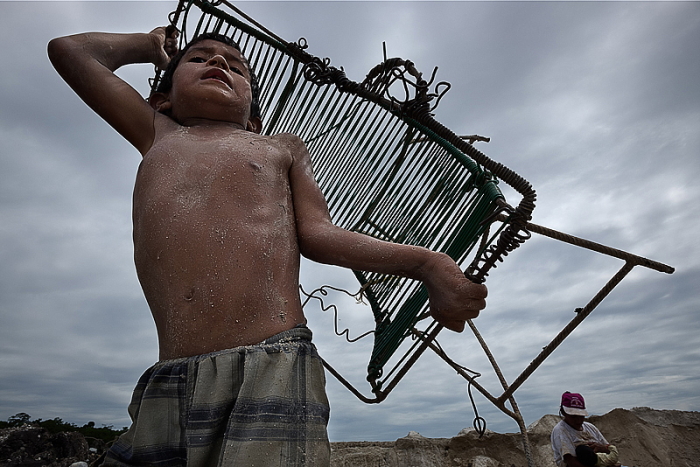 In the photo: children are obliged to help their parents who work in the mines. 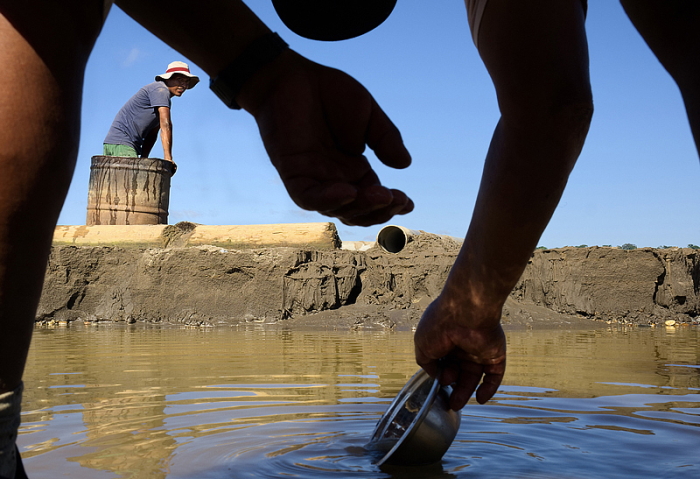 In the photo: a prospector checks the concentration of gold microparticles in the river sand. In the background, a barefooted man mixes sand with mercury. The smallest particles of gold contained in the sand stick to mercury, forming an amalgam: a dense gold-containing compound.

The process of obtaining gold 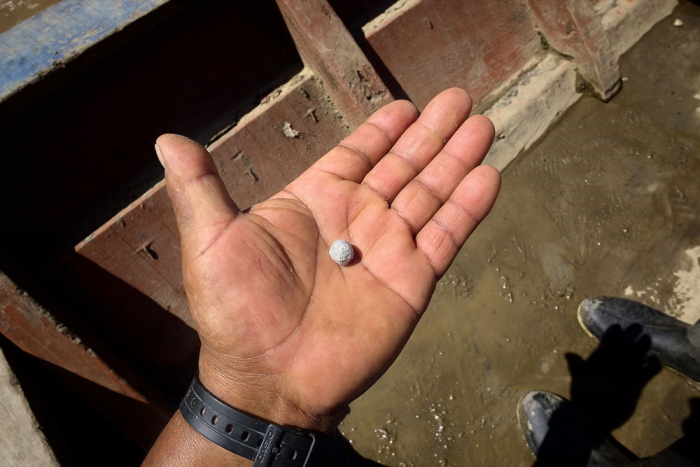 In the photo: an amalgam – a ball formed from gold particles and mercury alloys. 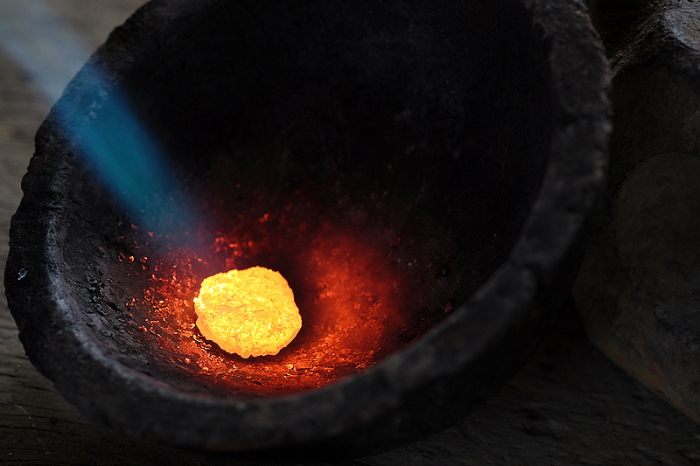 In the photo: the golden amalgam is burned with a gas burner. Mercury evaporates under high temperatures without affecting gold. 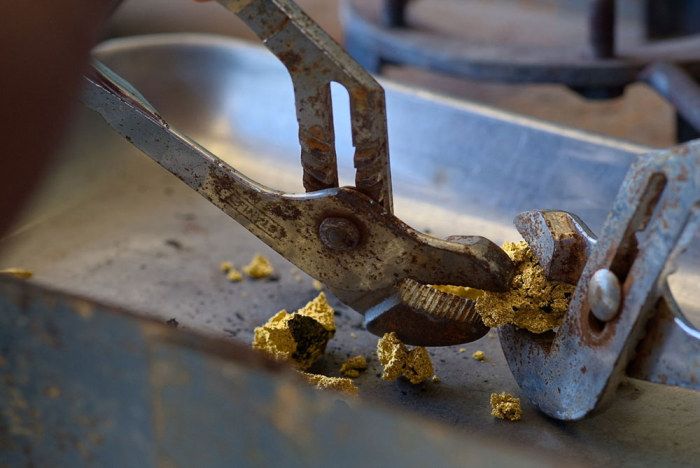 In the photo: a piece of gold is divided into smaller parts using forceps, so that mercury can finally evaporate.