Treasures of Valchitran – the most ancient Thracian gold ever found on the territory of Bulgaria, and the largest treasure of Thracian times.

Ancient Thracia was a rich and highly developed country in the Northern Balkans, which flourished in the 6th century BC. Nowadays, its territory is divided between Greece, Turkey and Bulgaria.

The ancient gold treasure was found in 1924 by two peasants in the northern Bulgaria. The two brothers went to their vineyard to cover the vines, protecting them from the cold. Suddenly their worries about the grapes were replaced with excitement, since they found golden vessels hidden underground at a depth of just 30 centimeters!

There were golden dishes resembling a huge soup tureen inside the big bowl. The treasure was covered with several golden lids.

Having found the “tureen” and other kitchenware, the farmers assumed that there were a lot more treasures buried somewhere nearby. If only they knew the true value of the discovered objects.

The brothers divided the new-found objects equally among themselves and went to a local jeweler who was amazed at how well all the objects were preserved, despite their obvious antiquity. 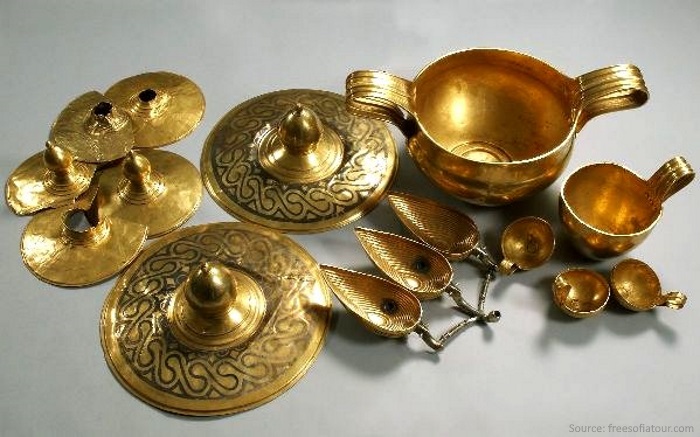 In the photo: a valuable discovery of Bulgarian farmers consisted of 13 objects with a total weight of 12 kilograms.

The Bulgarian treasure consisted of one large and three small gold ladles, a round vessel with handles (a “soup tureen”), seven lids, and an unusual vessel of three interconnected containers. 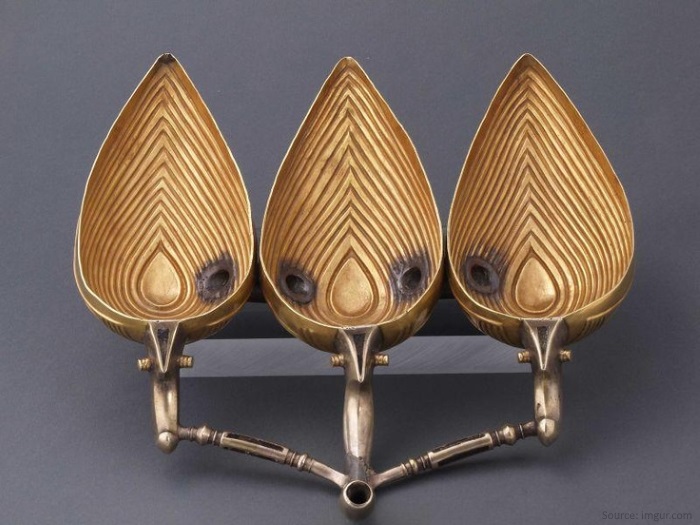 In the photo: a mysterious object consisting of interconnected buckets and holes is unsuitable for scooping up water. The real purpose of the precious item is still unknown.

The dishes were made of alloys of gold, silver and copper, with decorative elements of tin and nickel. All the items were created in a special way. Lids and small ladles have the same shape and almost equal weight. 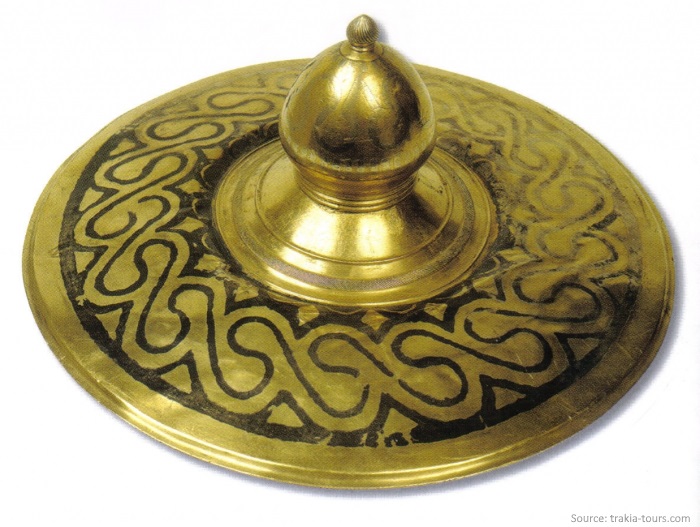 In the photo: the experts established the fact that the upper parts of the gold caps are not part of a single unit, just skillfully attached to the lower "disks".

The discovered objects of the Valchitran treasure date to 1400–1300 BC. Scientists believe that gold products were intended for ritual ceremonies. Hypothetically, they belonged to the Thracian rulers or priests.

Historians and archaeologists conducted excavations on the territories adjacent to the village where the treasure was found. No traces of the ancient buildings of the Thracian period could be found. In the past, it was a forested area. It’s quite possible that the owner of precious objects was in a hurry and hid them at a shallow depth, hoping to come back later and get the hidden treasures back. 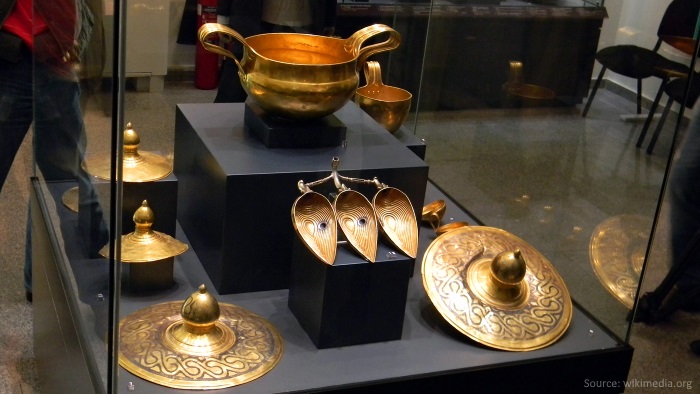 In the photo: the Valchitran treasures are showcased at the National Archeology Museum in Sofia and are considered the most valuable exhibits in the museum.