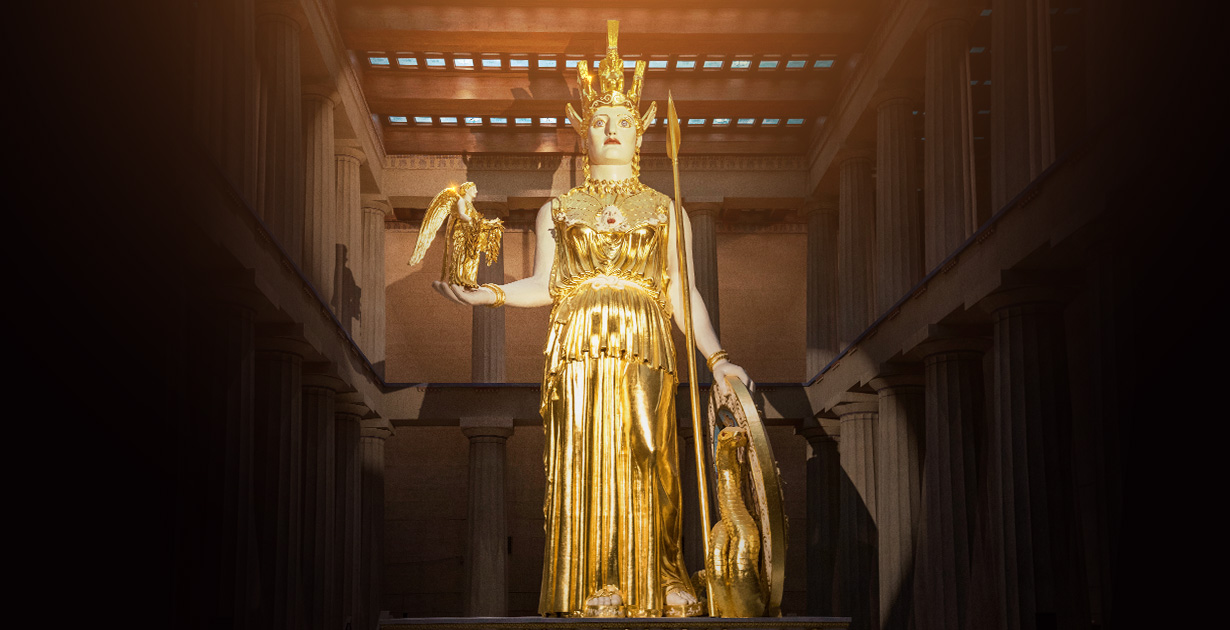 Ancient Greece became the foundation on which the cult of human beauty in all manifestations was built. The inhabitants of Hellas tried to imitate the gods and improved their appearance daily. The beauty of the body and soul, grandeur and grace are reflected in the majestic statues.

One of the most famous ancient Greek creations, namely Athena Parthenos, was created by the talented sculptor Phidias. Unfortunately, the statue was lost, but its glory is remembered to this day. 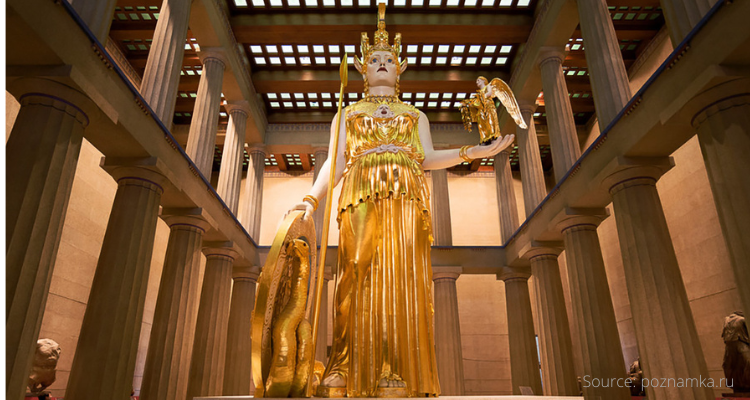 In the photo: goddess Athena was praised and worshiped. In the “Dialogues of Plato”, Socrates mentioned Athena Parthenos in order to clarify the connection between the beautiful and the proper.

Many copies of the sculpture, created later based on the ancient descriptions, proved the fact that the interest in the sculpture wasn’t lost over the centuries.

Athena, starting from 438 BC, was placed under the arches of the main temple of the city — the Parthenon. Like other significant works by Phidias, the ancient goddess was created from gold and ivory in the so-called chryselephantine technique.

The statue, about 11 meters high, dazzled with brilliance; it took about a ton of gold to make it. 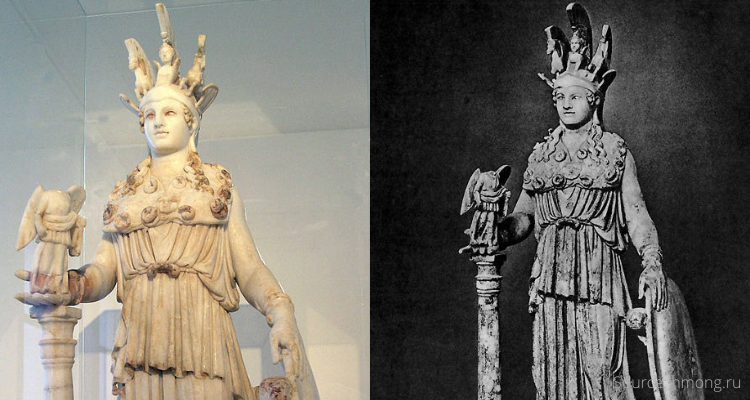 In the photo: the Varvakeion Athena is considered the most accurate copy of the sculpture by Phidias, currently it is showcased in the National Archaeological Museum (Athens, Greece).

According to legend, envious people accused Phidias of stealing gold allocated to create the perfect creation. There was only one chance to prove the innocence of the talented master: Phidias decided to remove the gold plates fixed on the statue. After that, he weighed the valuable metal and convinced the enemies that all the gold was in place.

There is a version that gold was removed from the statue more than once. As you know, the yellow metal comes to the rescue in the most difficult times, because, despite crises and circumstances, it retains its value. It was gold that helped the Athenian commander Lachares pay for the service of his soldiers. In 296 BC, he gave the order to replace the valuable metal with bronze, and used the gold removed from the statue for military purposes.

The history of the creation of the great sculpture in the Parthenon ended tragically for the master. It is believed that Phidias depicted on the shield of his creation his own profile and that of the prominent statesman Pericles. In Hellas, the sculptor’s idea was considered sacrilege, and the greatest artist was imprisoned.

Despite the fact that the creation of the genius has not survived to this day and, presumably, got burned down during a fire, the progressive vision of Phidias and precise craftsmanship became the basis for the development of art.