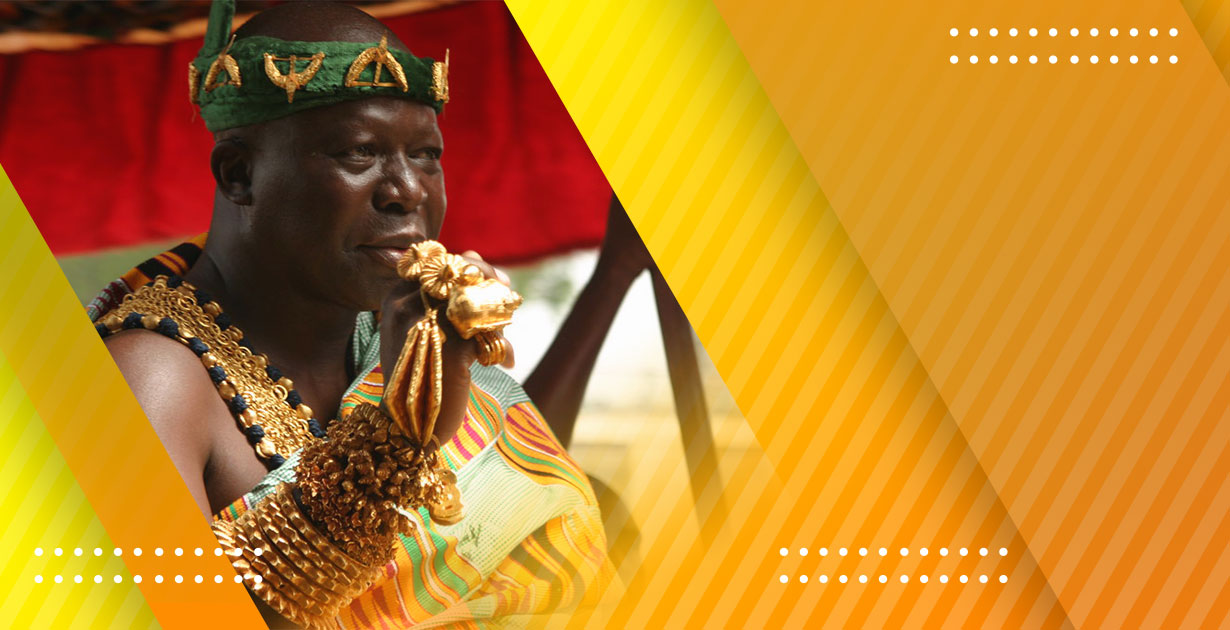 Ashanti, aka Asante, — an African ethnic group of modern-day Ghana. The sovereign monarchical state of Ashanti existed from 1670 till 1902. The word "Ashanti" means "people gathered for war." In those days, Ashanti really had a warlike spirit. According to the testimony of Europeans, the king's army consisted of 60000 soldiers ready to defend the country with spears, bows and arrows.

Invasion of the Ashanti territory occurred regularly, since it was a gold-bearing area since the 12th century. Golden sand was a customary means of payment, making it possible to buy a stem of bananas for just a few grains of sand.

Both men and women wore massive and refined gold jewelry. The older the man got, the more important his position was, hence he had the right to wear more gold than ever before. 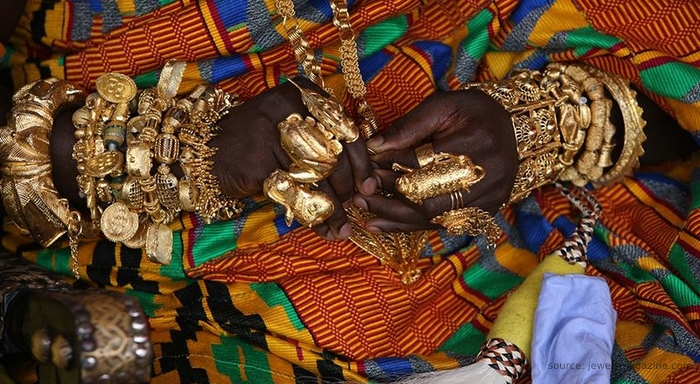 In the photo: golden bracelets are an attribute of an important government official.

Travelers from Europe described the stunning procession of the royal court’s ceremony:

“Nearly a hundred bright canopies moved along the road, sheltering the royals from the sun. Huge umbrellas were decorated with golden animal figures. Dignitaries wore massive gold badges, chains, rings and bracelets. Interpreters were walking along with gold-knobbed walking sticks in their hands. The court executioner carried a golden axe.”

Ashanti king wore so much gold that he could barely walk. Given the confidants' noble court rank "Hands of the Leader", two strong men led the king forward by the hand. The rulers dressed in gold on special occasions: holidays, official meetings.

The jewelers of the African tribe were renowned for their excellent craftsmanship. 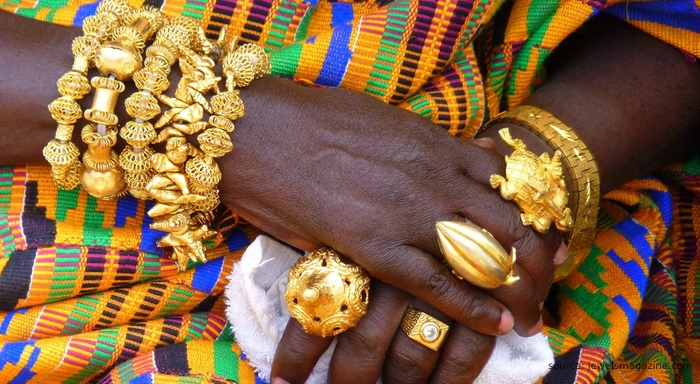 In the photo: golden jewelry of modern-day Ashanti leaders’ tribe has a certain meaning and are strictly regulated.

Portugal, Holland, Denmark and the UK competed for the right to mine gold in West Africa during the XVI-XVIII centuries. From the early XIX century, the British already controlled 50% of the Ghanaian territory, yet only the belligerent Ashanti resisted the assault. After the seven years' war, Anglo-Saxons finally defeated them, taking full control over the country.

In 1896, the state’s capital Kumasi was looted. The king was overthrown and exiled to the Seychelles. The only artifact that the Englishmen couldn’t get their hands on was the sacred throne of the Ashanti kings. According to legend, the golden chair of the first leader fell from heaven. That chair was sacred to the whole tribe.

British named the colony a “golden coast”. Golden sand was underground, in rivers and rocks. For half a century, Britain exported 50 tons of gold per year on average from Ashanti.

In the middle of the 20th century, England recognized the independence of Ghana. Ashanti is now a separate region with a monarchical system. Otumfuo Osei Tutu II sits on the famous golden throne only on two occasions: during the coronation ceremony and the declaration of war.

The amount of gold jewelry on the royal garments got fewer, but even today the monarch's outfits are awe-inspiring. The leader wears a few kilograms of breastplates, chains, necklaces, bracelets and enormous rings, as well as golden sandals. 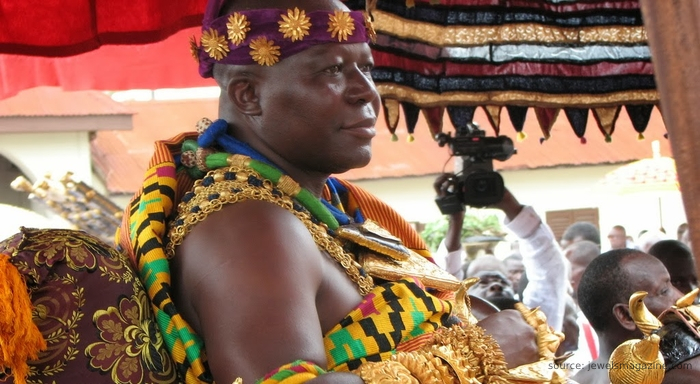 In the photo: King Otumfuo Osei Tutu II, the supreme judge of Ghana and an influential politician.

Since gaining independence in 1957, gold mines were privatized. Consequently, gold mining activities in Ghana lowered to 8 tons per year. The state revised its policy and brought private investors back to the country's market. Since 2000, Ghanaian mines have been producing up to 70 tons of gold annually.