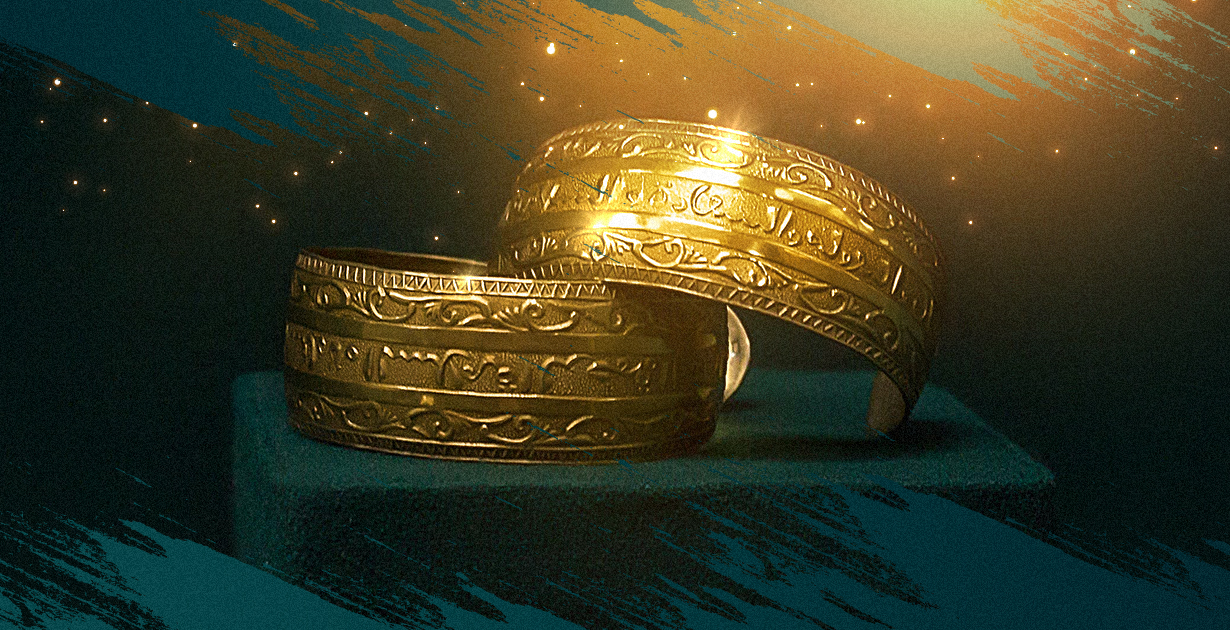 Gold of the Ancient Bulgars

Young shepherds discovered the treasure in the summer of 1912 in the sand dunes near the village of Mala Pereshchepina on the territory of the Russian Empire.

Teenagers Fyodor Derkach and Carp Modjara herded cows on the banks of the Vorskla River. Suddenly, Carp’s foot got stuck in the ground, sinking deeper right in the jug of gold jewelry. Later that evening the guys dug up the vessel and brought it home. 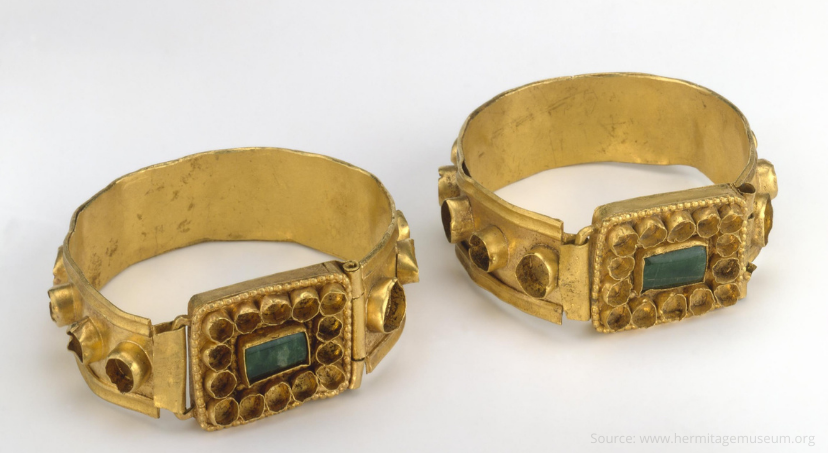 In the photo: gold bracelets with emeralds were short of many precious stones.

Parents did not believe the children and suspected them of stealing church utensils. Flogging was a norm back then, the guys were grounded. In the morning, the jar was returned to the priest with an apology. The priest did not accept the apology, but reported the finding to municipal services.

A couple of days later, an archeological commission from Poltava came to the village to inspect the treasure site. Yet within two long days of June, the villagers picked all 800 gold and silver objects from the ancient tomb of Great Bulgaria.

The process of repatriation of archaeological gold relics to the state was slow and involved police threats. Law enforcement officers had to search the homes of peasants for valuables, yet they found nothing. Residents gradually began to donate valuable artifacts in exchange for a solid reward. 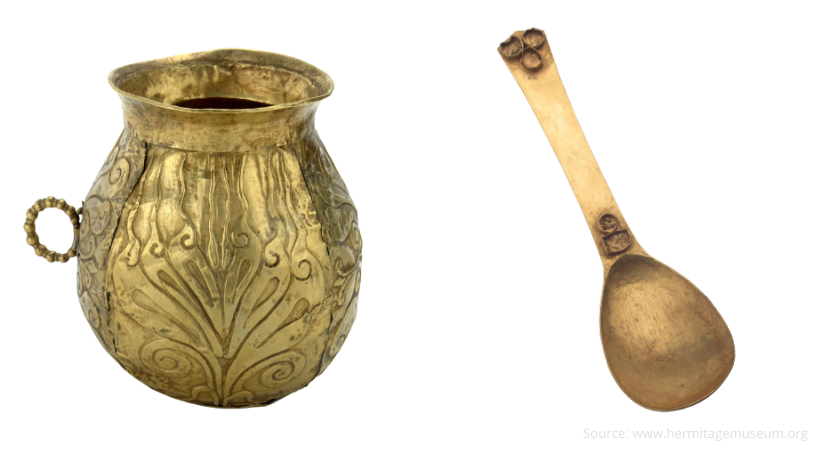 In the photo: the precious plates were decorated with embossing.

Finally, archaeologists could examine in more detail the composition of the treasure. It turned out that the treasure contained 25 kilograms of gold and 50 kilograms of silver artifacts. The entire collection was sent to the Hermitage Museum in Saint Petersburg, where most of the treasures found are stored to this day.

According to the inscriptions on the two rings, historians concluded that the treasure belonged to the ruler of Great Bulgaria Khan Kubrat, who lived in the VII century. He ruled over the territory of the whole Northern Black Sea region.

Being a strong leader, Kubrat headed and united several Bulgar nomadic tribes. He waged wars against the Khazars and Avars, and, when he finally conquered them, a state that existed for 30 years was built.

After the death of Khan Kubrat, his sons lost another war and settled in Europe, the nation was divided just as the treasure. One of the sons, namely Asparuh of Bulgaria, became the founder of modern-day Bulgaria.

The Pereshchepina treasure, according to historians, is nothing more than the battle trophies of Khan Kubrat that became the funeral oblations after his death. In those days, nomadic tribes no longer created tumuli out of fear of looting. Thanks to their ability to hide treasures, we now have a chance to see the art of the bygone eras: the Khazar and Avar Khaganate, the Sasanian Empire of Iran and the Byzantine Empire. 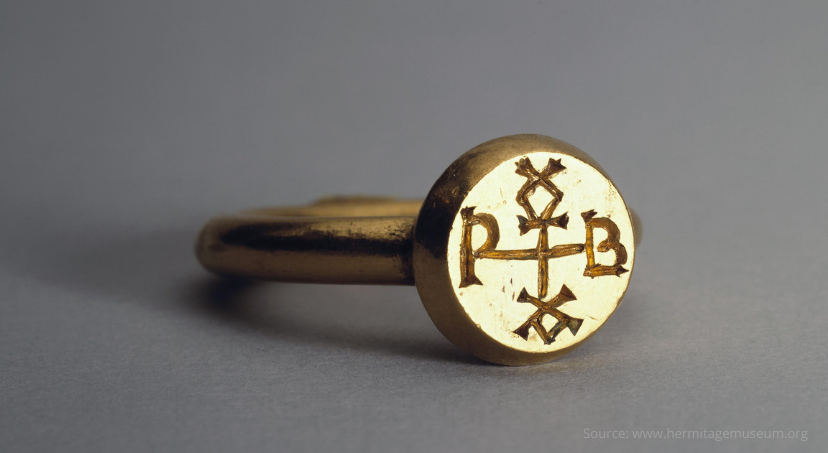 In the photo: a ring with the monogram of Kubrat was also made in Byzantium.

The value of the Khan’s regalia

Archaeologists consider the Khan’s sword the most valuable exhibit of the collection. The iron blade has been damaged over time, but the golden parts of the royal weapon are in perfect condition. The ring on which the monogram of the ruler Kubrat the Patrician is engraved also occupies one of the main places among the exhibits of the Pereshchepina treasure.

The families of the cowherd boys received a considerable remuneration from the government: 30,000 rubles each — for those times, the amount was more than impressive. The rest of the villagers also weren’t left empty-handed. After some time, as their descendants testify, the thatched roofs of houses were replaced with expensive tiled and metal ones.