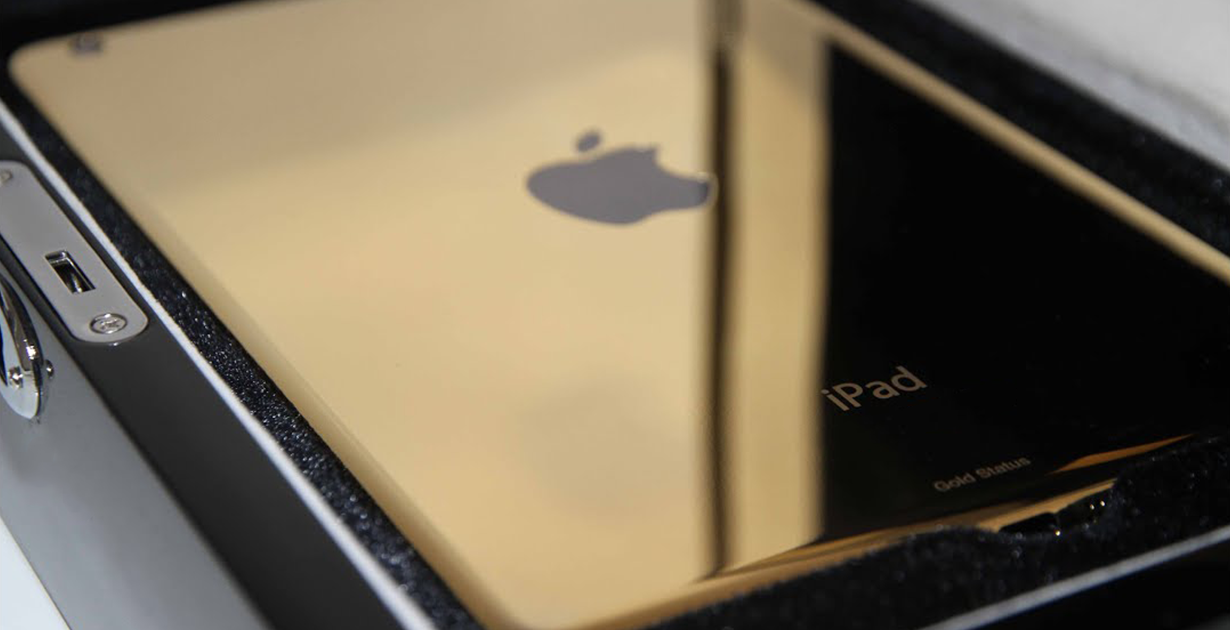 British designer and jeweler Stuart Hughes became famous for creating the most expensive gadgets and luxury goods. To make his masterpieces, the jeweler often uses gold as the most demanded and recognizable metal.

Among the works of the famous designer there are laptops with cases made of gold and platinum, phones encrusted with diamonds, cars and yachts that amaze with their magnificence.

The golden iPad 2, created by Stuart Hughes in 2011, became more than just another luxury product. A combination of the precious metal, diamonds, history and technology makes the gadget a real work of engineering and jewelry art.

The case of Apple iPad 2 Series Gold History Edition is made of the purest metal of kings — 24K gold, while the Apple logo is encrusted with 53 diamonds weighing 12.5 carats. If a regular iPad 2 weighs just over 600 grams, then the tablet by Stuart Hughes — two kilograms.

The front of the case is made of ammolite, a gemstone, which is more than 75 million years old, of organic origin, consisting of fossilized seashell nacre.

Yet this did not seem enough for Stuart Hughes. In the front of the case, the designer placed a 65 million-year-old thigh bone of Tyrannosaurus. 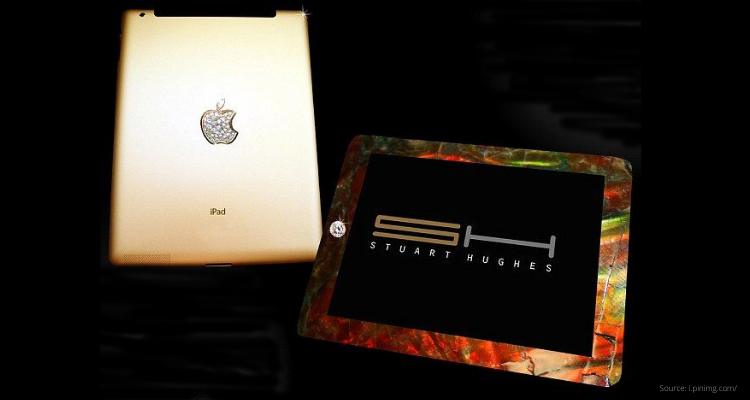 In the photo: the final touch to the decoration of the gadget — the HOME button, made of 8.5-carat diamond, inlaid in platinum surround and 12 small diamonds.

Hughes created two golden tablets, one of which was sold for $8.14 million. The buyer did not disclose his/her identity. As of now, Apple iPad 2 is outdated and discontinued, but the masterpiece created by Hughes remains the most expensive tablet in the world.

In his work, the jeweler used materials that symbolize not just luxury and wealth. They represent different historical periods. Hughes masterfully combined the past, the present and the eternal. Ammolites and bones of Tyrannosaurus — the past of our planet. Technologies — achievements of mankind in science and our future, and gold — eternal value backed by the centuries-old history.