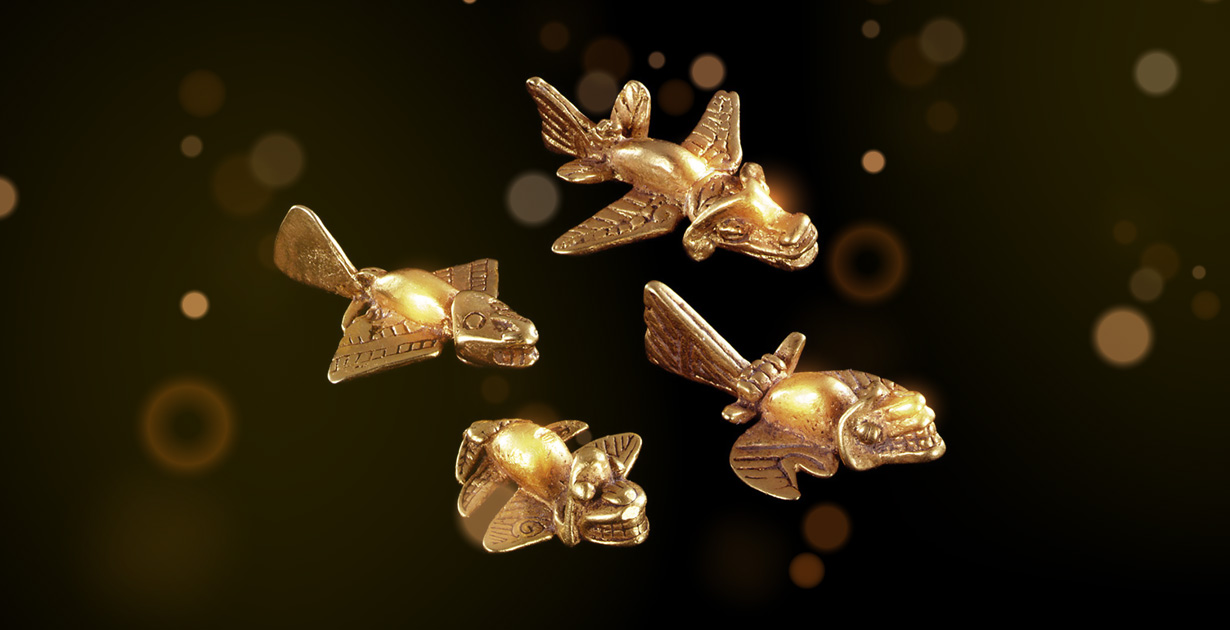 Golden “airplanes” of the Indians

Flying fish, gods with wings that resemble aircraft — the theme of air travel in the ancient culture of the Indians of Colombia has been reflected in gold. 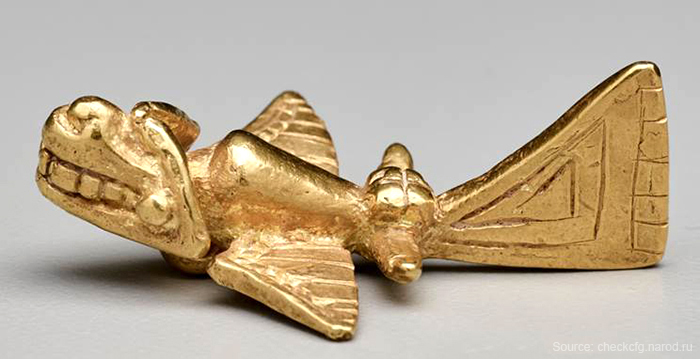 In the photo: the ancient craftsmen made jewelry using the lost-wax casting method: the mold was sculpted around a wax model, fired, melting the wax out of it, then the metal was poured into the cavity left behind to produce the desired item.

During the excavations in the area of the Magdalena River (Colombia) archaeologists have discovered gold figurines of the pre-Columbian era. The size of the cast-metal artifacts ranged from 5 to 7.5 centimeters, they were decorated with various ornaments. As archaeologists have found out, the miniature “airplanes” were used as amulets. Some scientists consider them to be pendants in the form of flying fish.

The main collection of “airplanes” is showcased in the Museum of Gold (El Museo del Oro). Some of the artifacts are exhibited in the Metropolitan Museum of Art, New York. 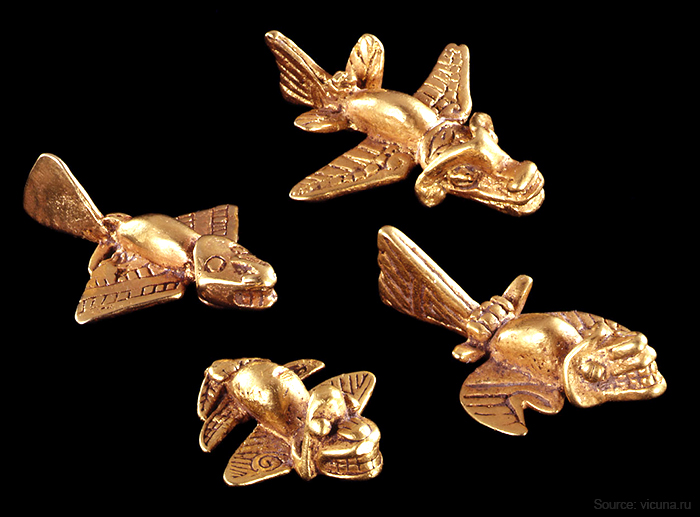 In the photo: gold amulets belonged to the members of the nobility.

Experts found similarities and differences between the real flying fish and gold artifacts: 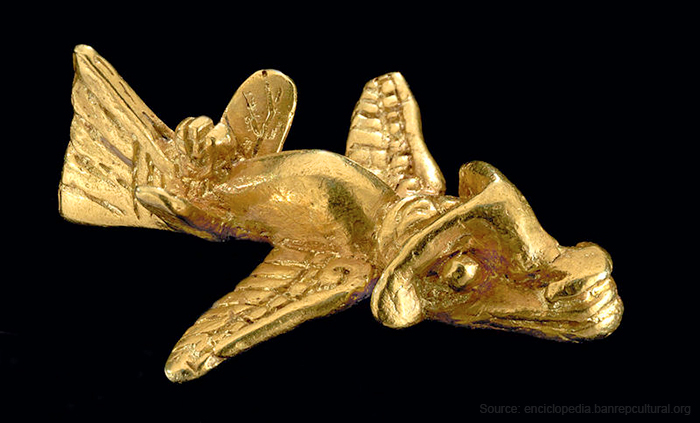 In the photo: some scientists believe that the figurines represent the jaguar, the bird and the fish as the unity of earth, air and water.

Researchers suggest that the age of the artifacts is 500-1,000 years. Later, 33 gold amulets were found in Venezuela, Costa Rica and Peru.

In the photo: a golden artifact from the Dallas Museum of Art.

At the end of the 20th century, aircraft modeling enthusiasts from Germany made exact copies of golden “airplanes”, enlarged several times. They tried out radio-controlled models with a jet engine and a propeller in action. The results exceeded all expectations of skeptics. 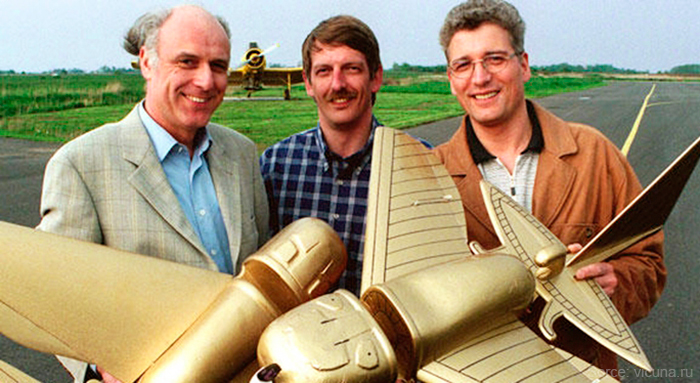 In the photo: aircraft modeling enthusiasts from Germany.

The tests were carried out in the presence of many spectators, who observed the aerobatic maneuvers of planes, enjoying the breathtaking spectacle.