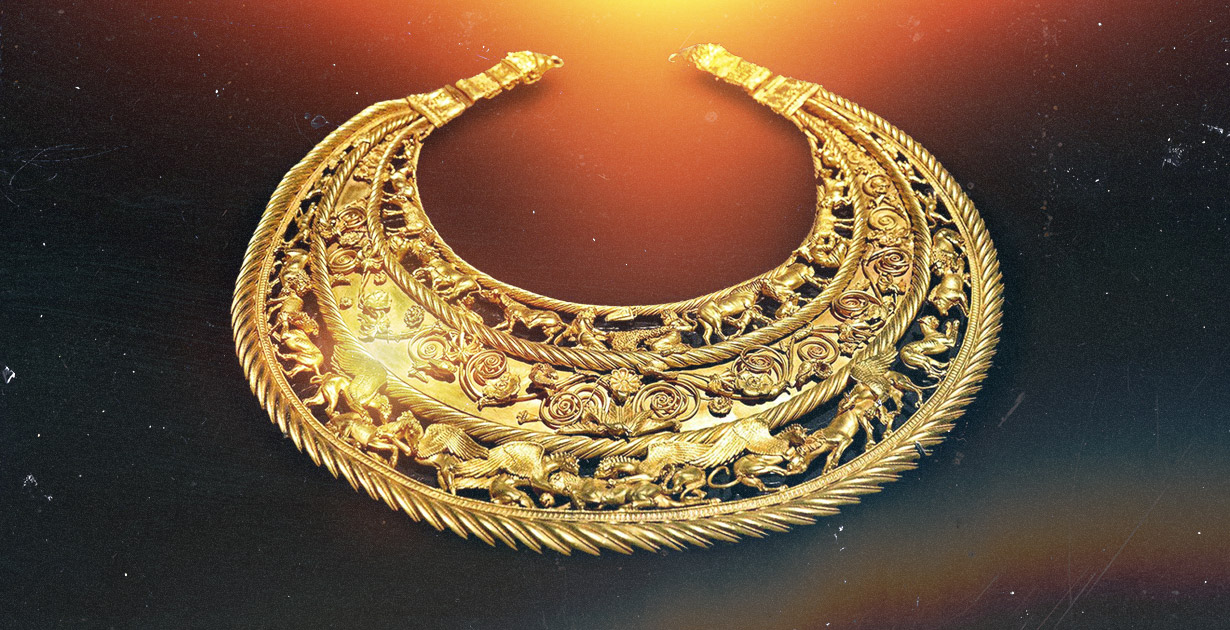 Man-made masterpiece of the Celts

Torcs (torques) represent an incredible jewelry that undoubtedly can be attributed to the works of art. In ancient times, craftsmen made them from bronze, silver and gold. Depending on the torc, the status of the owner and his/her social position could be determined. In addition, jewelry has always had a certain spiritual meaning, so Celtic warriors and deities were often depicted with a torc.

The Celtic torc (Latin: torques, the verb torqueo “to twist”) is well known thanks to archeological discoveries and sculptures of Celtic deities. Cernunnos (The Horned God) was often depicted with a torc. 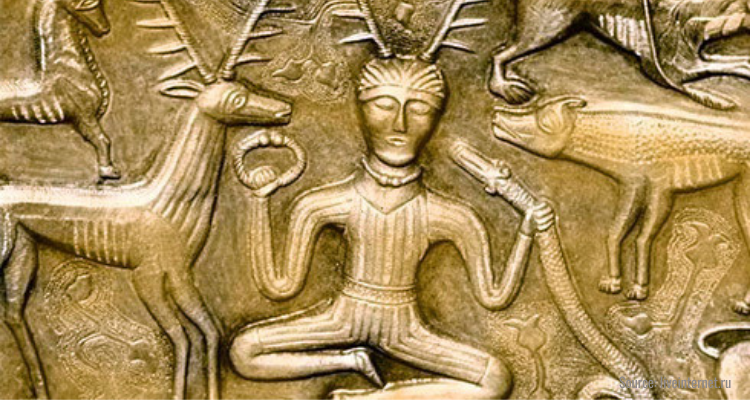 In the photo: Cernunnos with a torc around his neck. According to the Celtic mythology, this deity was considered the god of forests, animals or the god of abundance.

It was believed that jewelry of peculiar twisted shapes protected the owner. The winners of the battles, the enemies of the Celts, took the golden torcs as trophies. According to one legend, the Romans (in 191 BC) defeated the Celts in Bologna and seized the “golden prize” for victory in the battle — 1,500 torcs. 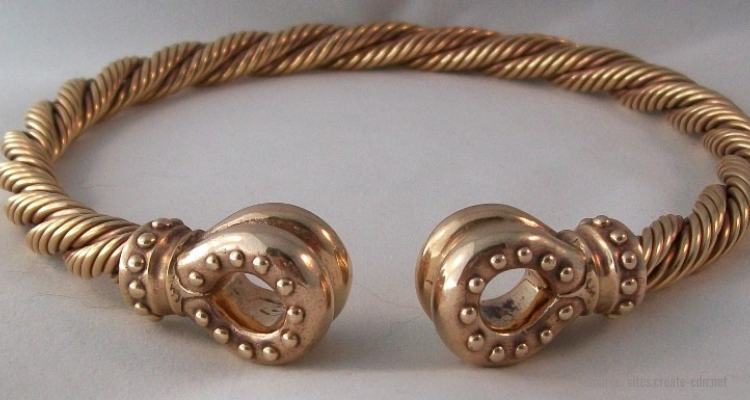 In the photo: Celtic warriors were considered outstanding fighters of the ancient world. They wore heavy torcs that sometimes weighed more than a kilogram.

Treasure of the museum

The biggest torc ever was found in Snettisham, on November 17, 1950. The discovered jewels still keep many secrets, and they definitely rewrote the history of Great Britain. Archaeologists have not established whether there were early human settlements at the site where the discovery was made, or whether someone tried to hide a valuable treasure in the place where no one lived. There is an assumption that this treasure was the wealth of the Iceni, the ruling ancient Brittonic tribe. 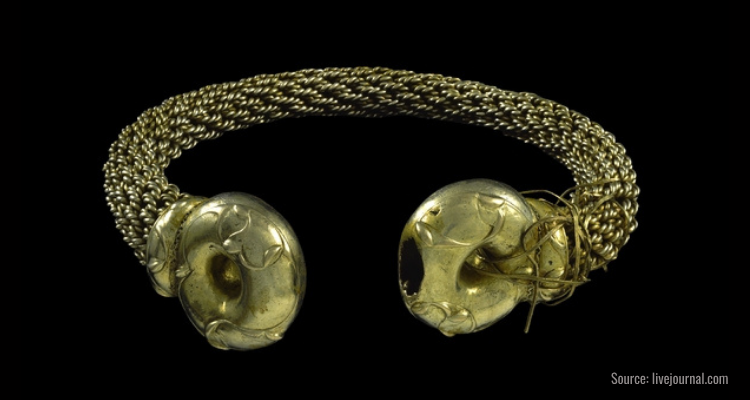 In the photo: the found object, namely a crescent-shaped gold torc, caused quite a sensation in the world of historical discoveries. This finding dates back to the 1st century BC.

The Celtic torc is the most complex decoration. Few of the masters of that time could make such jewelry.

The gold torc weighs 1 kilogram and 84 grams. It is made in a twisted shape (intricate 64 threads), the diameter of each thread is 1.9 millimeters. The size of the torc — 20 centimeters (8 inches) in diameter. Eight threads had to be twisted to make eight separate golden ropes. Then they were intertwined to complete a torc of unparalleled luxury and beauty.

The massive gold torc is considered the most significant treasure of Great Britain and is stored in the British Museum, London.