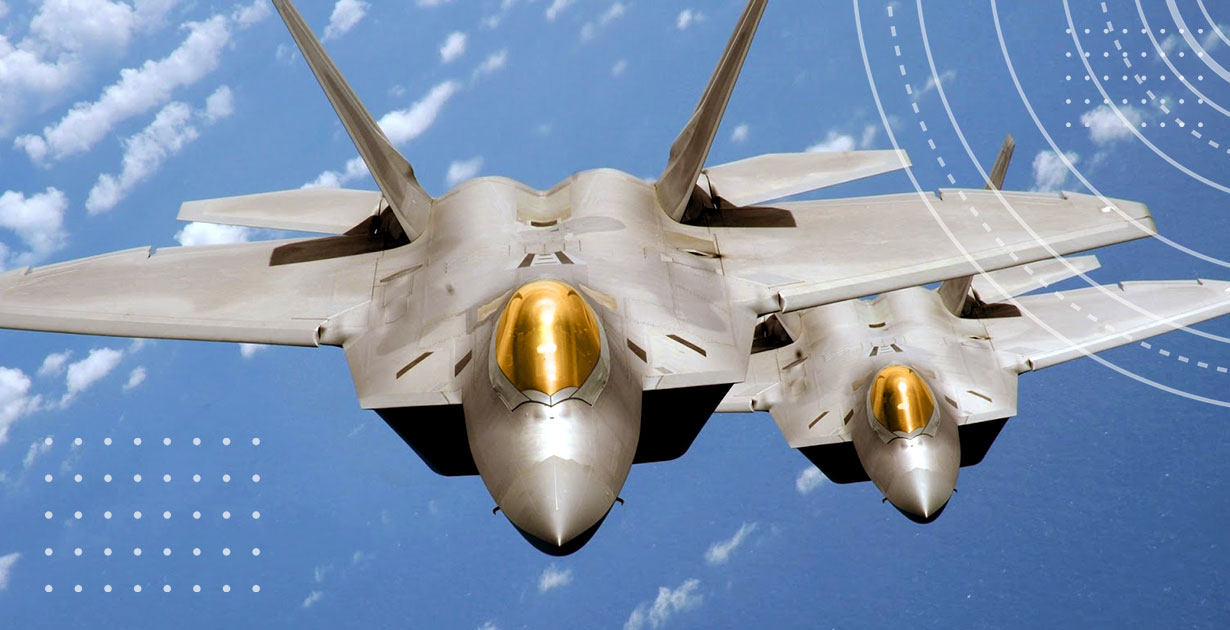 The golden generation of fighter aircraft

Advanced technologies, huge funding, the best specialists — the military industry combines all of this, and gold is always there, where everything is up to high standards.

Why does the military need gold?

It is used to protect aircraft engine parts and electrical contacts from corrosion. Gold has high thermal conductivity, oxidation resistance and is able to withstand the effects of aggressive environments.

Recently, the precious metal has begun to be used in military aviation for the fifth-generation fighter aircraft in a new role. Modern electronics makes aircraft more reliable and more powerful. Yet today the world is competing not only in terms of who can fly higher and faster, but also in terms of who can fly more discreetly. Gold became the solution to this problem.

How to hide a plane with the help of gold?

The unique technology lies in the fact that military specialists apply the finest layer of gold plating, indium and tin on the glazing of the aircraft cockpit. The coating makes the cockpit invisible to reconnaissance systems, while absorbing part of the radio waves, scattering the reflected signals of radar stations and also protecting the pilot from the radar radiation of other aircraft. 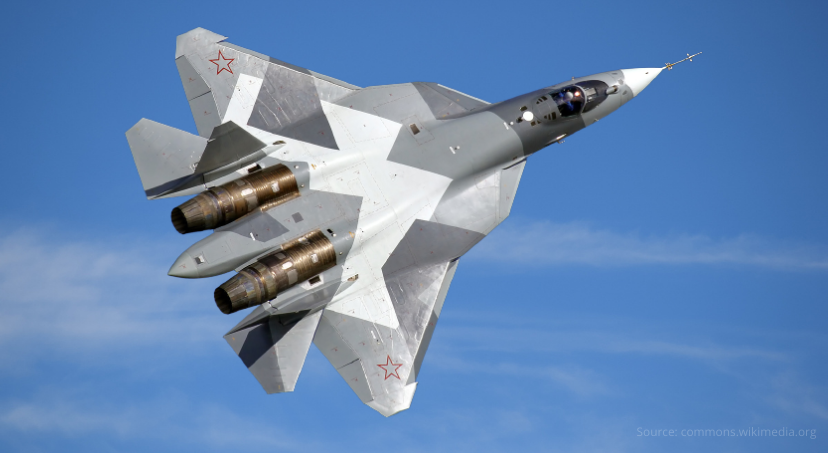 In the photo: thanks to the dusting with the use of gold, the Russian Su-57 aircraft becomes 250 times less visible to the radar.

Ultraviolet and infrared radiation have been proven to negatively affect the plastic parts inside the cabin. Both types of radiation make the synthetic material brittle, which can lead to irreversible consequences. Plating with the precious metal protects these elements from harmful radiation.

What is the power of gold?

Gold has been and still remains indispensable in the manufacture of electronics as it can withstand extreme conditions while remaining fail-safe and highly accurate. Each subsequent generation of military equipment includes more and more advanced technologies, which means that there is more precious metal in it, because gold is contained not only in motherboards and processors, but also in power nodes and many other elements of modern devices.

Of course, fighter aircraft are intended for military operations, but when the issue of safety of human lives arises, gold gives an advantage in protecting both the military and the civilian population.