The Golden Jewelry of Ancient Rome

In ancient Rome, the greatest state during the period of antiquity, golden jewelry was notable for its craftsmanship and variety of forms. Only upper-class people could wear it. The abundance of golden jewelry indicated a high status of both men and women, signifying their wealth.

Men usually preferred to wear golden rings that were of considerable practical importance, using them as signet rings. Apart from being a merely decorative item, it was also a functional accessory. Signet rings were worn on the index finger of the right hand. The imprint of the precious item represented the owner’s signature.

The men of ancient Rome also owned golden “bulla amulets” that supposedly had magical powers. From early childhood, boys wore the amulets around their necks. According to legends, the bulla protected the owner from misfortunes and failures. People from various social classes wore protective amulets, but only the members of the higher social strata owned golden bullas. 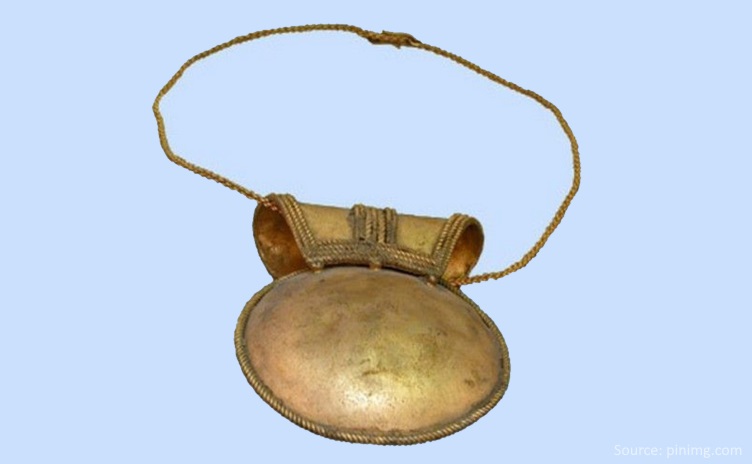 In the photo: a piece of jewelry consists of a chain and a large medallion, inside of which ritual objects and medicines can be found.

For a woman, wearing golden jewelry was the best way to show off her wealth.

In the photo: the golden hoop earrings were especially popular, just as rings with large stones and bracelets decorated with carvings.

Every woman in Rome received the gold “Lunula” amulet at birth and wore it before getting married. 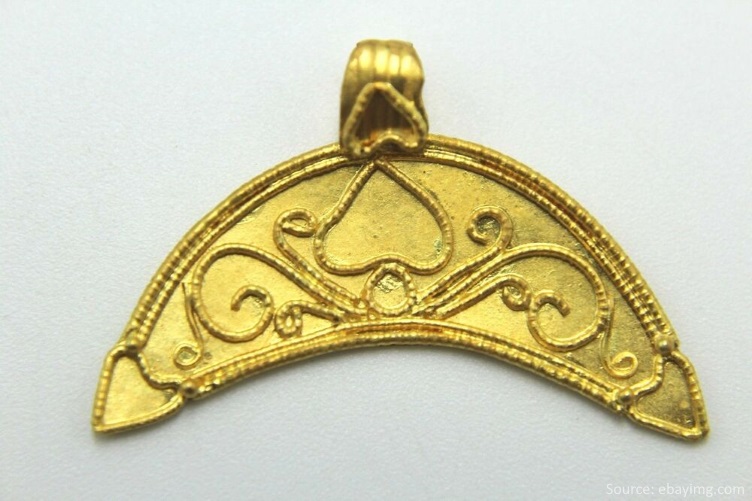 In the photo: the piece of jewelry symbolized the feminine side and fertility.

Roman women started a whole new trend by wearing gold bracelets on their wrists, forearms and ankles. In ancient Rome, there was a tradition of wearing several rings on one finger, as well as multiple ear piercings.

Golden jewelry was a must-have for the bride, serving as the means of payment in major trade deals.

Read also: The Gold of Hellas