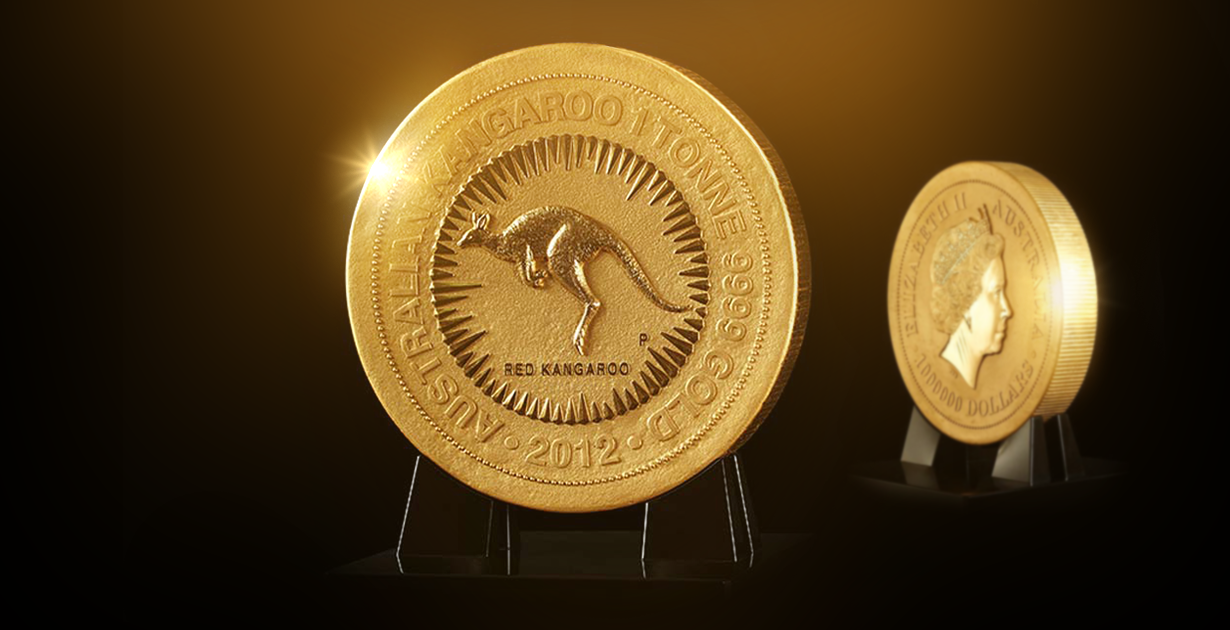 What comes to mind when you hear the phrase "gold coin"? It is unlikely that you imagine something big and heavy. However, there are coins that you cannot lift alone.

In this article, we will look at the largest gold coins ever created. 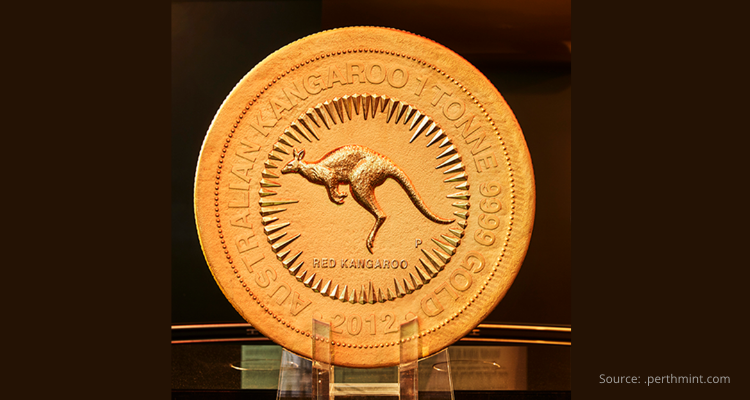 "The Australian Kangaroo" series includes various coins, of which one stands out in particular — weighing more than a ton.

In 2012, this unique item was listed in the Guinness Book of Records as the largest and heaviest coin in the world. It is made of gold of the highest 999.9 fineness, it is 12 cm thick and its diameter is 80 cm.

The nominal value of the coin is 1 million Australian dollars (about $720 thousand), but its actual value is ten times higher.

The impressive "Australian Kangaroo" is on display at the Perth Mint and serves as its main attraction. 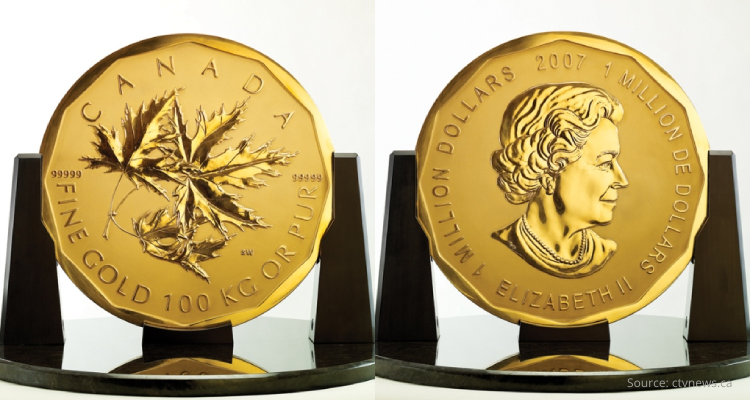 Prior to issue of the Australian giant, it was the "Big Maple Leaf" that was considered the largest coin in the world. Its diameter is 50 cm and it is 3 cm thick. Nominal value: 1 million Canadian dollars (about $780,000).

A total of six such coins were made. Five of them were sold, and one still remains in the mint’s vault.

In 2017, one "Big Maple Leaf" coin was stolen from the Bode Museum in Berlin. The fate of the stolen coin is unknown to this day. There is a version that it could be melted. 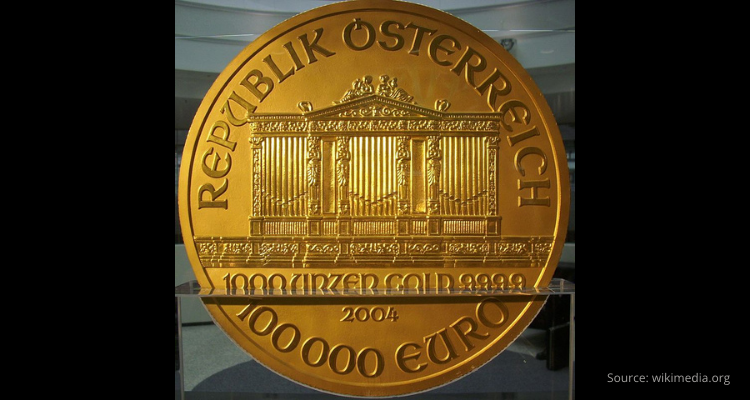 The coin was issued in 2004 for the 15th anniversary of the Vienna Philharmonic. Unlike the giants described above, the Austrian coin can be lifted. True, it still won’t fit in a wallet, having a diameter of 37 cm and a thickness of 2 cm.

And finally — the smallest gold coin

After having listed the titans among the coins, the tiny tot should be mentioned, too. 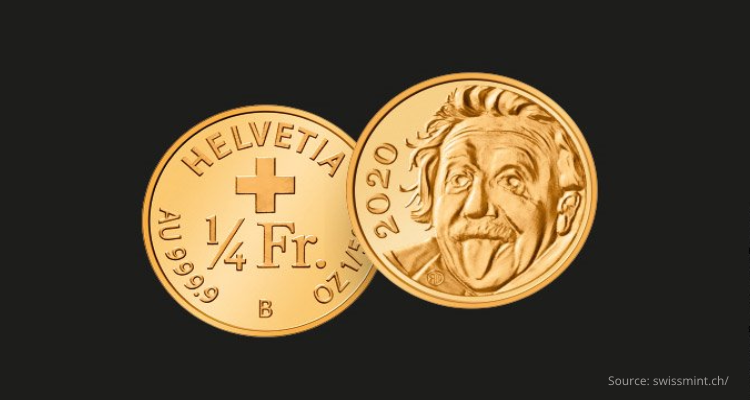 In Switzerland, a gold coin that you can hardly see without a magnifying glass was issued. Its diameter is only 2.96 millimeters, and its weight is 0.063 grams. The obverse depicts Albert Einstein with his tongue hanging out. Denomination: 1/4 Swiss franc (approximately $0.27).