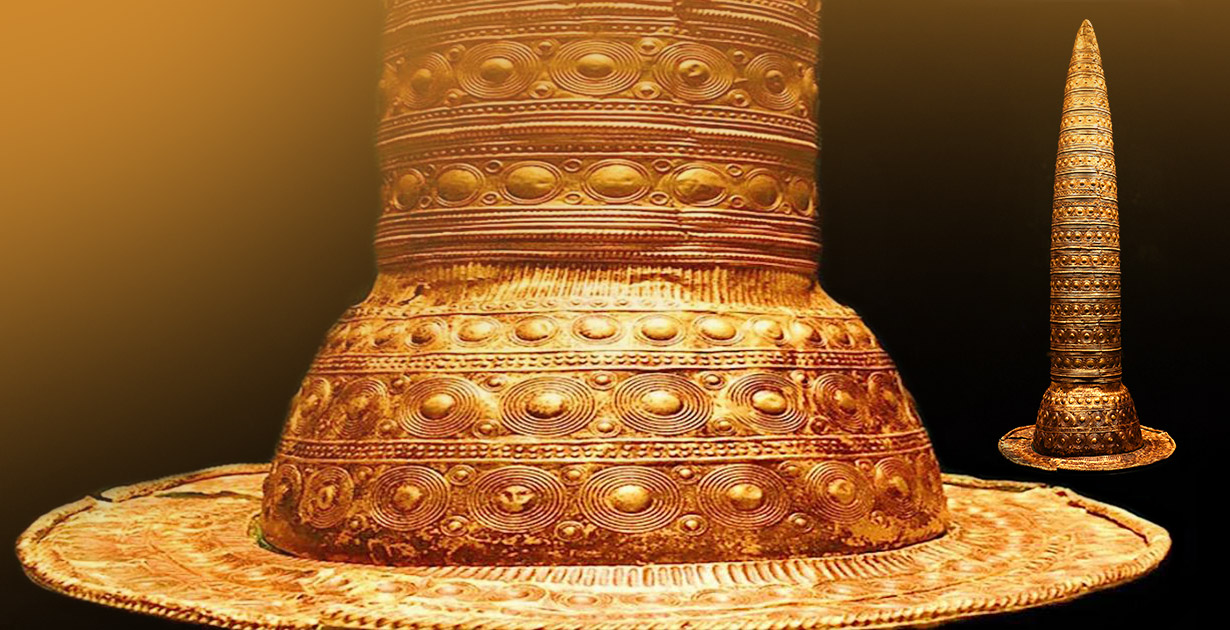 The unsolved mystery of the hat

An unusual ancient artifact, the secret of which has not been revealed yet, is exhibited at the Museum of Prehistory and Early History in Berlin. It resembles either a wand or an unusual quiver for holding arrows. However, most archaeologists are inclined to believe that this is a hat. 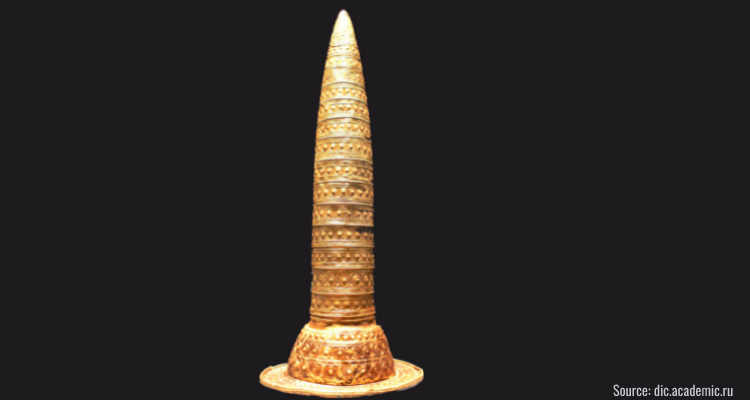 In the photo: a golden hat of the Bronze Age.

If you look closely at this exhibit, then it indeed resembles a brim hat. The height of an unusual object is 745 millimeters, weight — 490 grams. The hat is made by ancient craftsmen from an alloy of metals. The hat is mostly made of the finest gold leaf (87.7%), mixed with an alloy of silver, admixtures of copper and zinc.

Horizontal stripes with repeating patterns and symbols adorn the mysterious cone. On the surface of the hat, scientists found the images of buckles, circles, crescents as well as symbols, the shapes of which resemble almonds or eyes. At the top of the golden cone, a star is displayed. 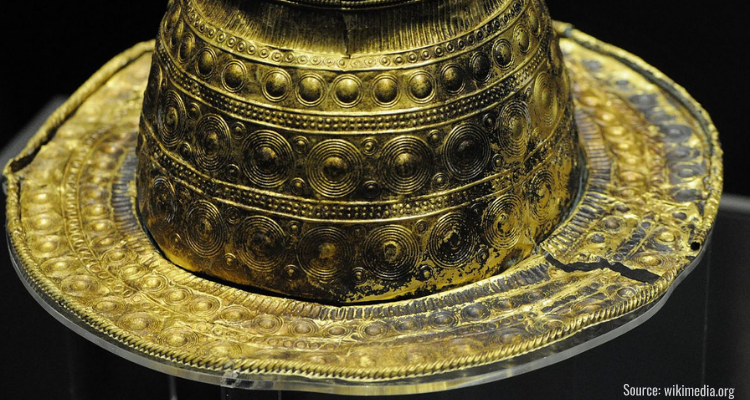 In the photo: where was the mysterious artifact found? What are the circumstances of its appearance in the German museum? It all remains a mystery.

After a thorough study of the artifact and deciphering the symbols, scientists came to the conclusion that this unusual exhibit served as a lunisolar calendar. 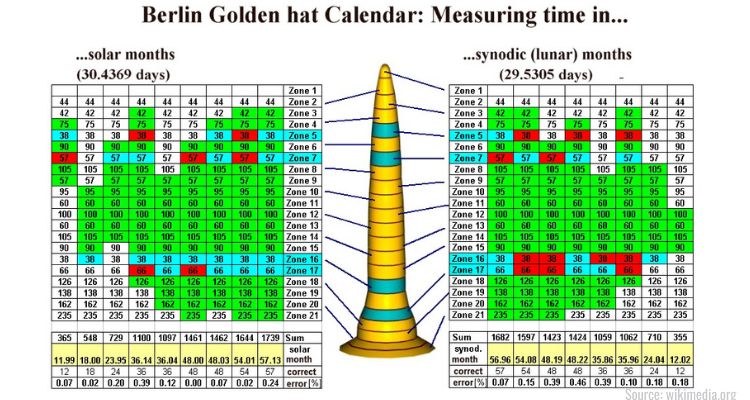 In the photo: in ancient times, it was a significant tool for determining dates and different periods in both the lunar and solar calendars.

To create such a work of art in those days, massive achievements and efforts of the masters were required.

The museum in Berlin purchased the hat as an important artifact of the Bronze Age in 1996. According to the seller, the item was in the possession of an anonymous collector from Switzerland, who replenished the collection of artifacts in 1950-1960. There are suggestions that the object was previously discovered by archaeologists in Southern Germany or Switzerland. Further details are unknown. It can be assumed that if the hat is so well preserved, then most likely it was carefully filled with earth or ashes, and then vertically buried in the ground.

The golden apple is ripe!