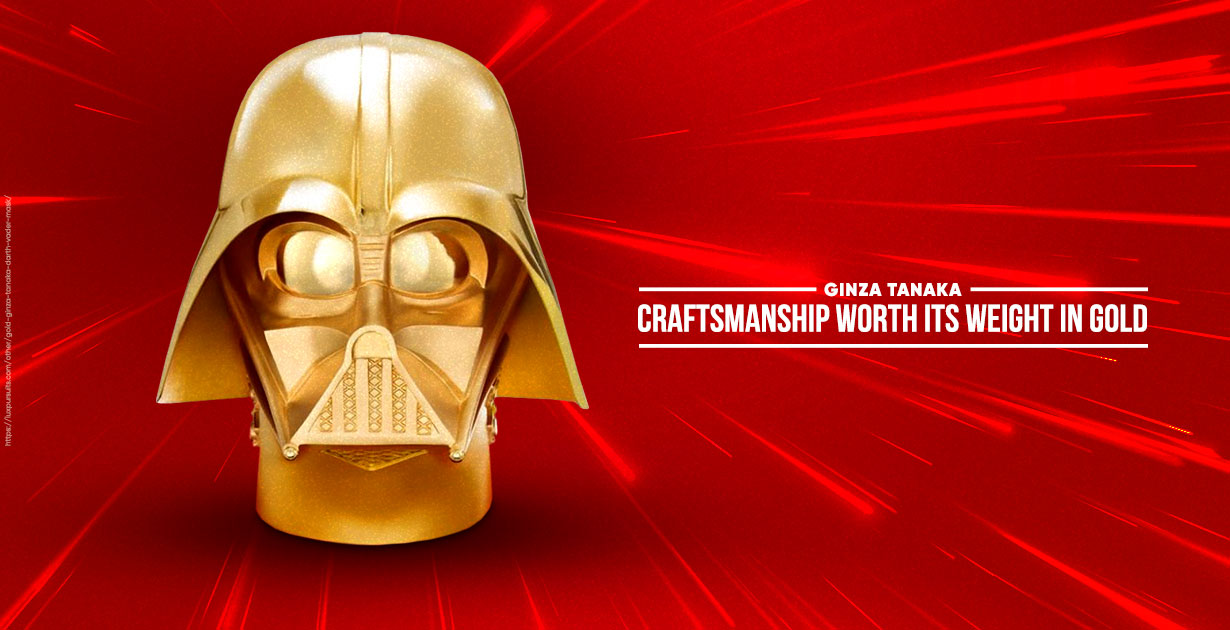 The world of gold created by Ginza Tanaka

Ginza Tanaka creates unique gold products. Founded in 1892, the brand has become the flagship of the Japanese jewelry industry. We have previously written about the amazing collection of Christmas trees, but this is hardly the only example of skillful handling of the precious metal.

The jewelers created a replica of Lionel Messi’s striking foot in the precious metal in 2013 — as if to match his third European Golden Shoe award. The choice fell on the left foot, because it is with it that the Barcelona forward scores most of the goals. The 25 kg item served a lofty purpose: it was put up for a charity auction in Tokyo. The proceeds were transferred to a children’s charity fund established by Messi himself.

In addition to the main product, jewelers also made a mini-version of the sculpture with a price tag of $42,000, as well as an imprint of the football player’s foot, which experts evaluated at about $94,000. 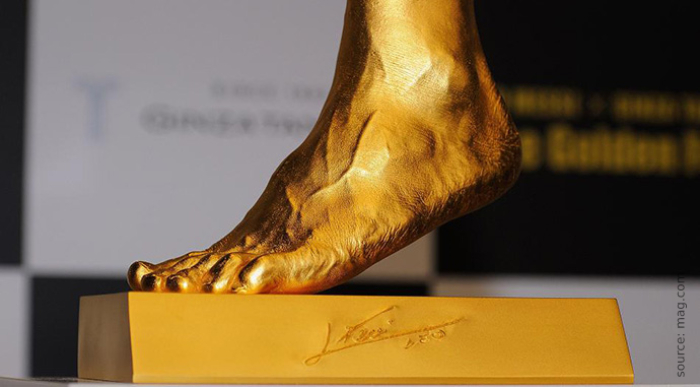 In the photo: at the age of 26, the legendary football player Messi had already left an indelible mark in the history of football, which was symbolically immortalized by Japanese jewelers with the help of the imperishable metal.

From time immemorial, the products made of the yellow metal made in honor of an idol were evidence of sincere reverence and undeniable recognition. Therefore, it is not surprising that in 2017, on the occasion of the 40th anniversary of the premiere of the immortal saga, the masters of Ginza Tanaka created a copy of Darth Vader’s helmet.

The most recognizable attribute of the galactic villain, which became one of the symbols of the original hexalogy, is covered with a layer of pure gold and weighs 15 kilograms. The mask was made for an exhibition in the capital of Japan, held by the official Disney fan club every two years, and then the exhibit was donated to Walt Disney Studios, which owns the rights to the movie saga. 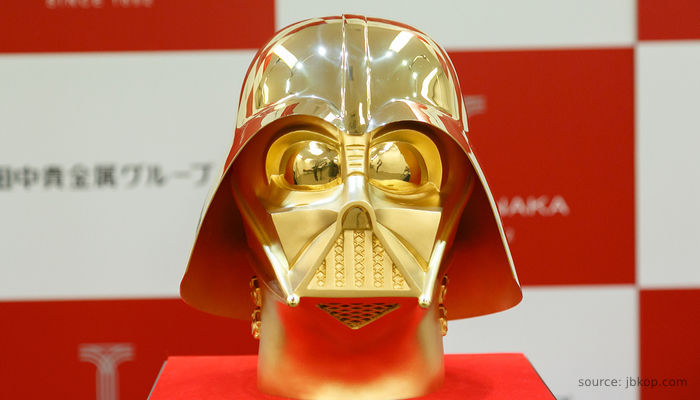 In the photo: Darth Vader’s gold helmet shines brightly, as if symbolizing the worldwide love for the character and the unfading popularity of the saga.

Horse for the little prince

The jewelry house made a rocking horse of 24-carat gold in 2006. It was presented to the future monarch, the newborn son of Prince Akishino of Japan. However, for all the magnificence of the gift, it was not without a small misunderstanding: it came out too heavy for the child to be able to move it by himself.

The imperial family, on the other hand, was concerned that the object made of metal, symbolizing wealth, power and luxury, might make it somewhat difficult to instill modesty and moderation in the young heir to the throne. 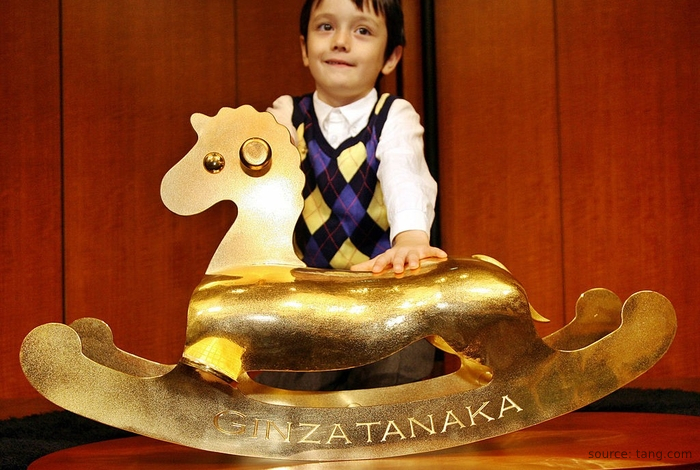 In the photo: thanks to the noble metal it was made of, the child’s toy has become a real masterpiece of jewelry art.

King of the monster made of solid gold

Ginza Tanaka could not miss another significant date for world cinema and in honor of the 60th anniversary of the legendary Godzilla in 2014 they created a golden copy of it. The character’s image is borrowed from the 1989 film “Godzilla vs. Biollante”.

The jewelers made the reptile a real beast of prey: they emphasized the muscle definition, sharpened claws and fangs. The monster turned out to be almost alive, because the metalworkers were assisted by Koichi Kawakita, the “personal stylist” of the scaly superstar in a number of films. The golden lizard awed citizens with its presence in the largest shopping centers in Japan, and afterwards returned to its “native” store of Ginza Tanaka. 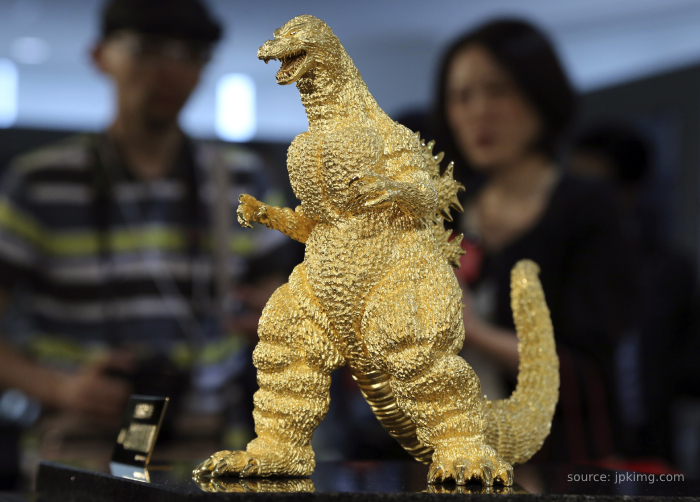 In the photo: great and terrible — the legendary monster Godzilla, cast from the royal metal, mesmerizes and attracts everybody’s eyes.

Gold has inspired Ginza Tanaka jewelers for decades. No doubt, they will surprise us more than once with bold experiments with the yellow metal.

Find out more about unusual products made of the precious metal.