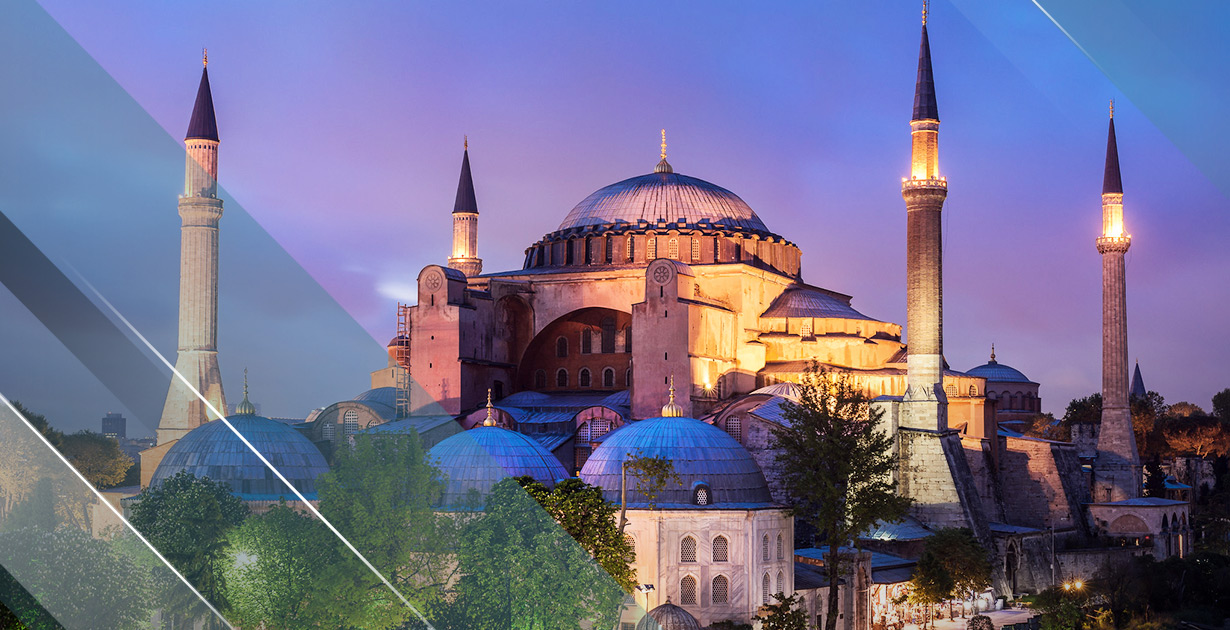 Hagia Sophia is a cathedral in Istanbul, a world-famous example of Byzantine architecture. The temple is considered one of the greatest buildings in the world. It was listed in the UNESCO World Heritage Site in 1985.

The history of construction

The majestic cathedral, which is considered a surviving evidence of the “golden age” of Byzantium, was built by the order of the Byzantine Emperor Justinian I in 537. The Byzantine ruler ordered to build the grand temple that would make Constantinople stand out, manifesting the greatness of the empire.

Justinian entrusted the construction of the temple to the most talented architects and bricklayers of those times. More than 10,000 workers were hired to create the architectural masterpiece. He spared no expense on the construction. According to one version, the construction costs of the Hagia Sophia church amounted to nearly 130 tons of gold. 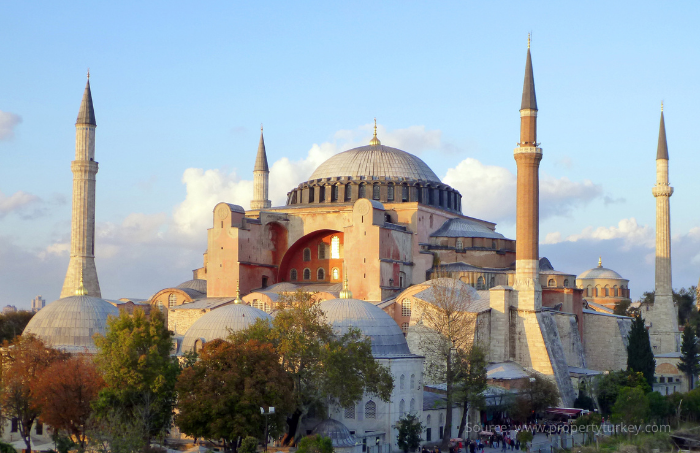 In the photo: the basilica, built in the classic cross-shaped form, is 55.6 meters high.

For 900 years, the “Holy Sophia” was the main Orthodox cathedral in Constantinople (now Istanbul) and was considered the largest temple in the world. The city was seized by the Ottomans in 1453. The Ottoman ruler, who admired the beauty of the cathedral, ordered the Orthodox church to be transformed into the main state mosque, namely Ayasofya. Four high minarets were erected near the building, images of Orthodox saints on the inner walls of the temple were plastered over, and the Hagia Sophia church became a Muslim shrine for almost five centuries. 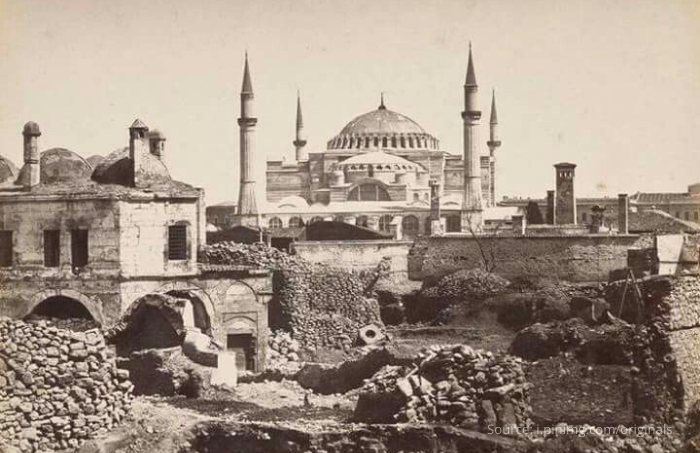 In the photo: the Ayasofya (later Aya Sofya) mosque in 1865.

In 1935, by the order of the first Turkish president Kemal Atatürk, the Church of the Holy Wisdom was turned into a museum named Hagia Sophia (Ayasofya).

The splendor of the interior

Justinian, who was obsessed with the idea of building “the greatest temple of all times,” wanted to make the church more luxurious. Gold, silver, precious stones, the Byzantine marble of the highest quality and ivory were used in the design.

According to the legend, the emperor wanted all the walls on the inside of the temple to be covered in gold, yet the astrologers predicted that new rulers, blinded by the glare of cathedral’s riches, would soon come to the empire and plunder the cathedral. Upon hearing this, Justinian decided to temper his thirst for luxury.

The main decoration of the cathedral was the golden mosaic covering the top of the walls and ceilings of the temple. Only a small piece of the magnificent mosaic has survived intact until the present time. 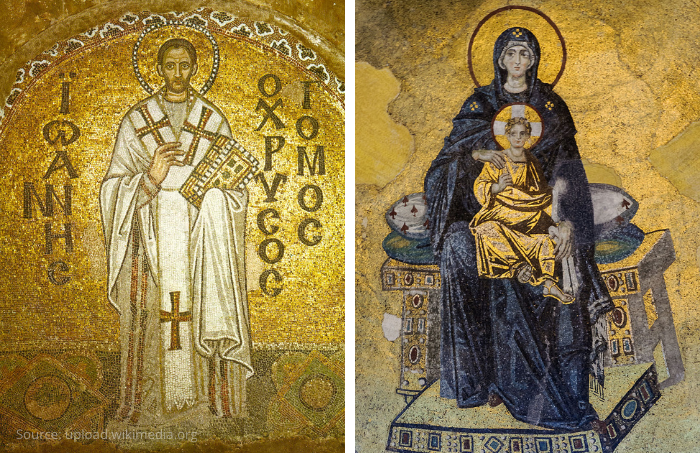 In the photo: the walls of the southern part of the cathedral are decorated with golden mosaics depicting Jesus, the Mother of God, the Holy Apostles and the prophets. 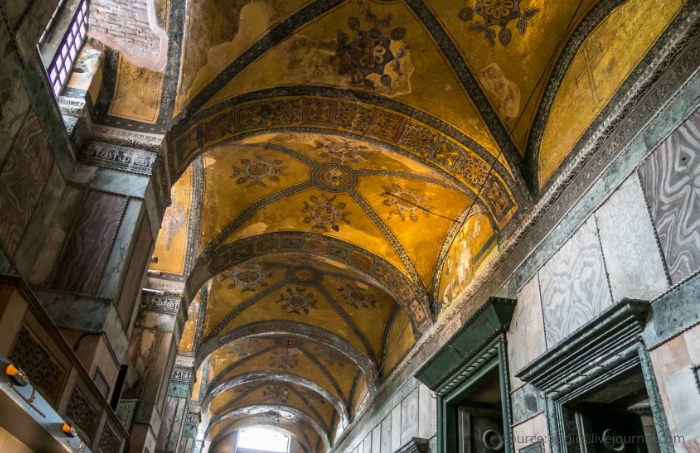 In the photo: the vaulted ceilings of the Hagia Sophia church are gilded and painted with floral ornaments. 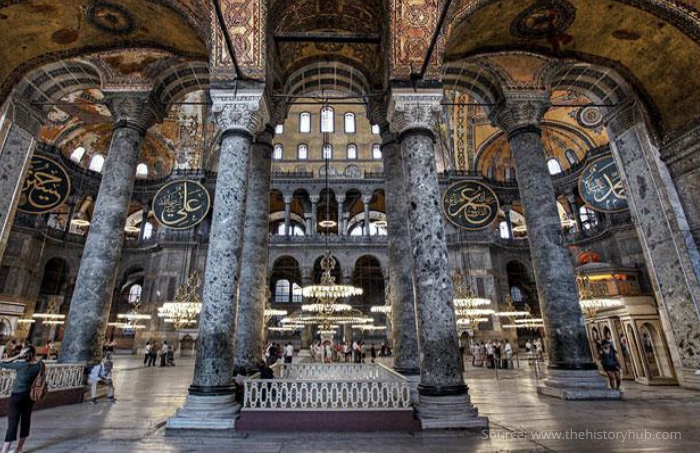 In the photo: the walls of the cathedral and numerous columns are made of expensive Byzantine marble with a unique natural pattern. 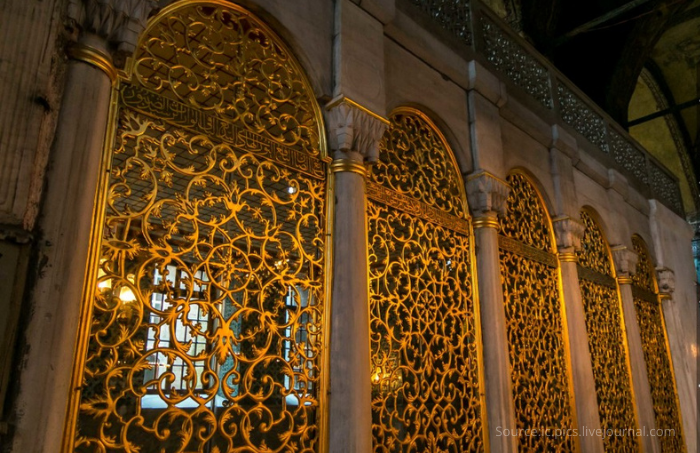 In the photo: several internal arches of the Hagia Sophia church are decorated with patterned gold lattices.

The interior of the temple represents an unusual blend of two cultures: Christian and Islamic.

One of the main Muslim relics of Aya Sofya — eight round leather-covered panels with a diameter of more than seven meters that are located between the columns on the second tier of the church. 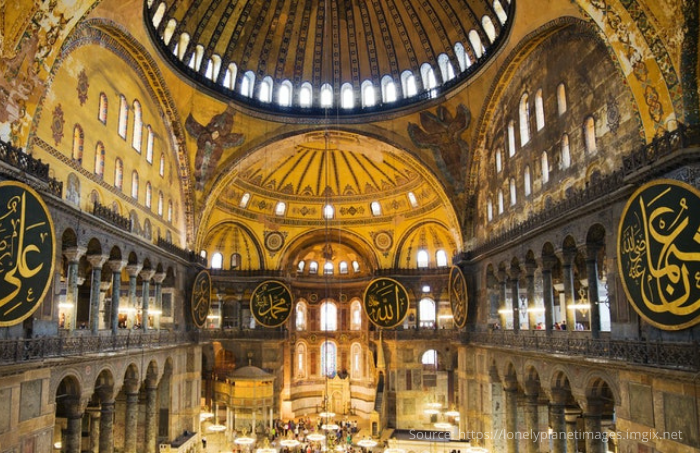 In the photo: golden Arabic typographic ligature (quotes from the Koran) are applied on large round panels. 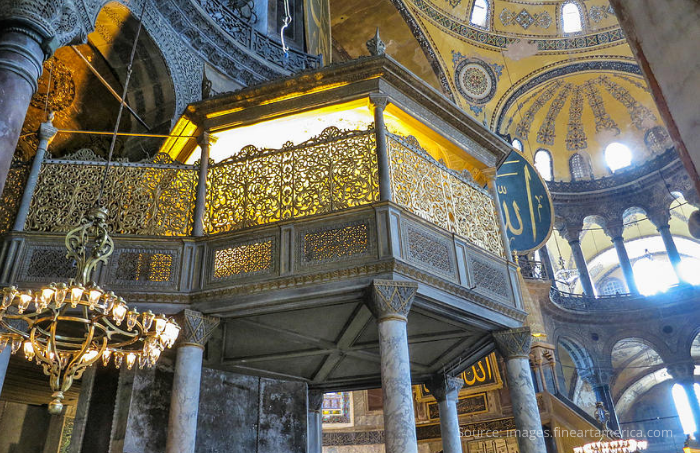 In the photo: on the left side atop marble pillars, there is a loge of the great sultan, decorated with gold calligraphy and a patterned grid of gold.

The temple’s dome of 40 windows impresses with its size. Its diameter is 31 meters. 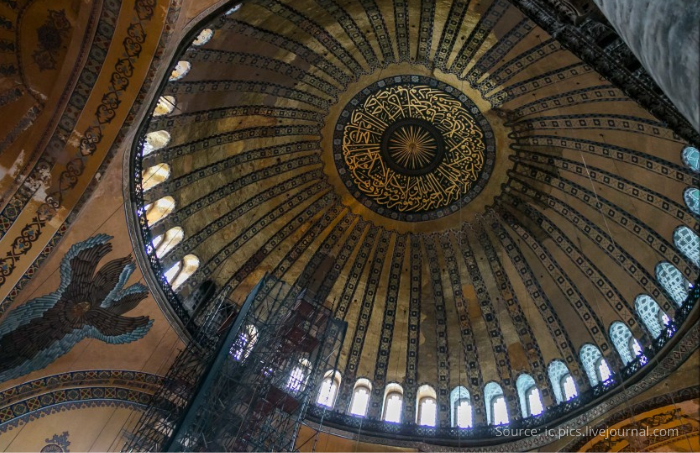 In the photo: initially, the image of Christ was at the center of the dome. During the reign of the Ottoman Empire, it was coated over with gold and inscribed with the quotes from the Koran.

An interesting fact: the image of the straight-lined cross is carved on the floor of the Hagia Sophia church. People say that if one stands on it with eyes closed, the decrease in gravity can be experienced. 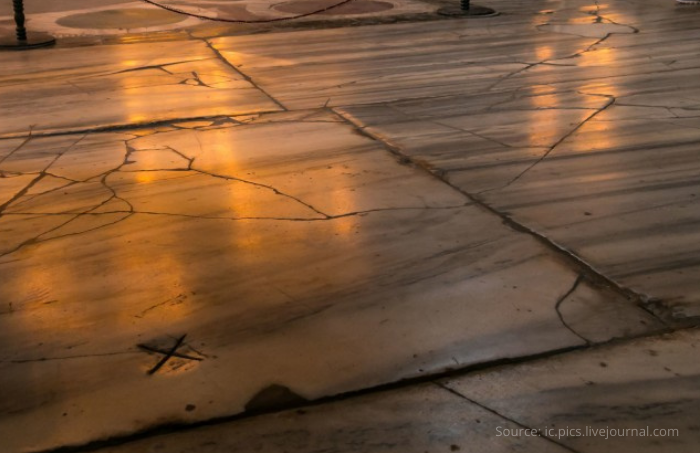