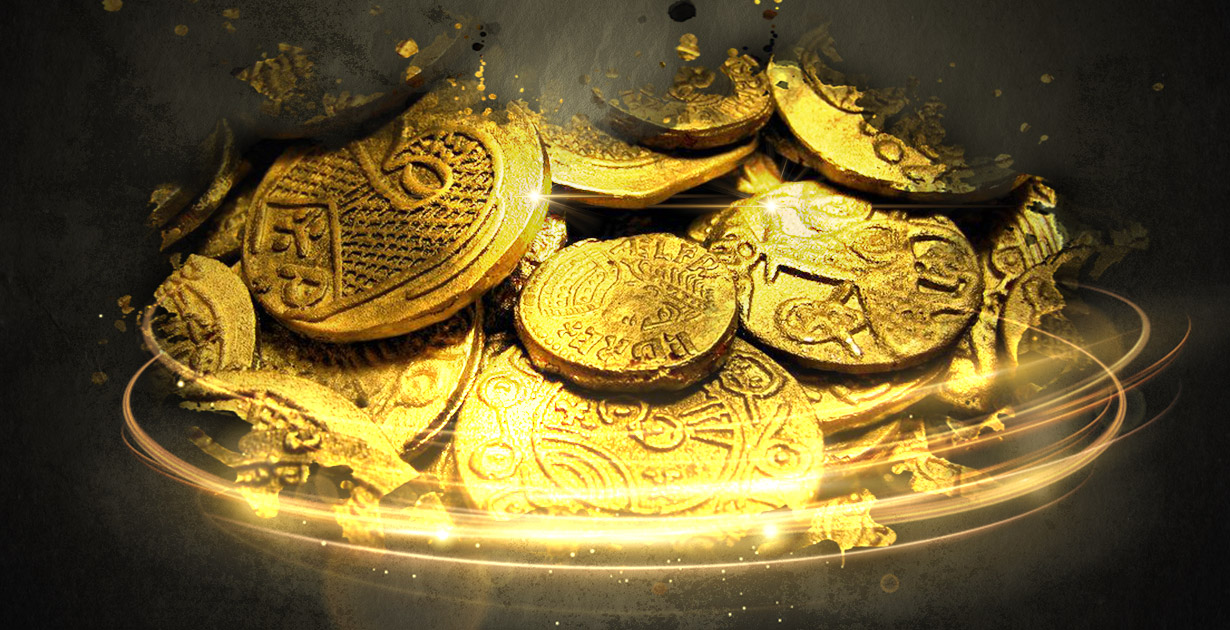 Viking ancestors and their golden heritage

Perhaps every person would be happy to find a treasure, but in reality few succeed in it. One of those lucky ones was the amateur archaeologist Ole Ginnerup Schytz.

While having a walk with his former classmate and bringing a metal detector with him, the archaeologist decided to try his luck on a field near the town of Jelling in Denmark. Soon the metal detector beeped, and Ole Schytz started digging the ground in that spot. Bumping into a round, bent yellow metal plate, he turned to experts. 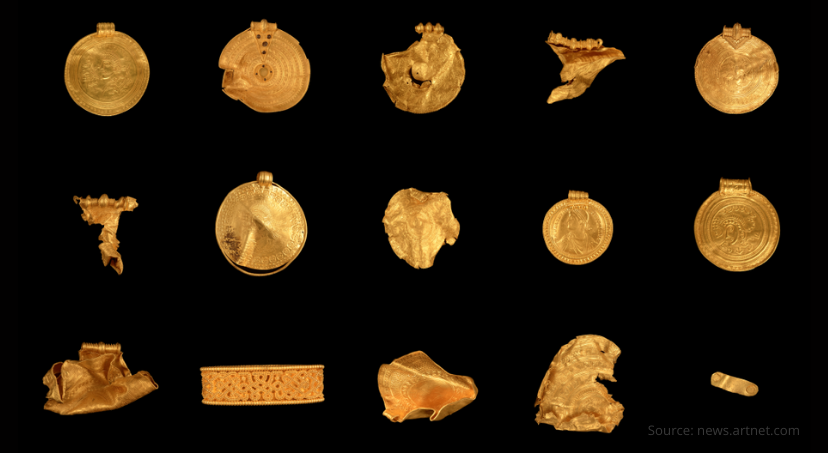 In the photo: archaeologists found a total of 22 gold items with a total weight of 945 grams. The find was so significant that the National Museum of Denmark did not unveil it for almost a year.

"It is the most beautiful gold find I have seen", says the specialist from the National Museum Peter Vang Petersen.

Scientists have examined the excellently preserved gold treasures and concluded that they are of colossal historical value. The approximate age of the treasures is 1,500 years. This makes them especially valuable evidence of an era, written sources about which are extremely rare.

Most of the items found are special coins — bracteates. They were made with a fastener through which a cord was threaded to be worn around the neck as a decoration or amulet.

The bracteates found were considered a luxury item. Graceful patterns, runes, images of characters from the Scandinavian pantheon and even a portrait of the Roman emperor Constantine make one admire the skill of ancient artisans. Moreover, they allow one to better know the cultural ties, life and beliefs of the inhabitants of Denmark at that time. 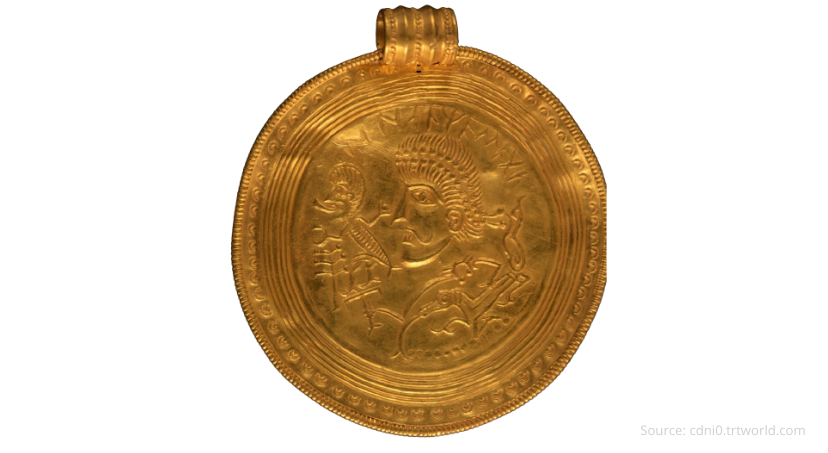 In the photo: one of the largest coins depicts a man with a horse. Scientists suggest that this may be the image of Odin — the supreme god in Germanic-Scandinavian mythology.

Perhaps the treasure was buried as a gift to gods. In the year of 536, the sky was covered with ash due to a volcanic eruption, which led to a sharp drop in temperature and crop failure throughout the Northern Hemisphere. The offering, scientists believe, was intended to revive the sun and return warmth.

The found treasures will now be on display at the Vejlemuseerne, the museum in the town of Vejle, Denmark. The opening of the exhibition on the history of the Vikings is scheduled for February 3, 2022.