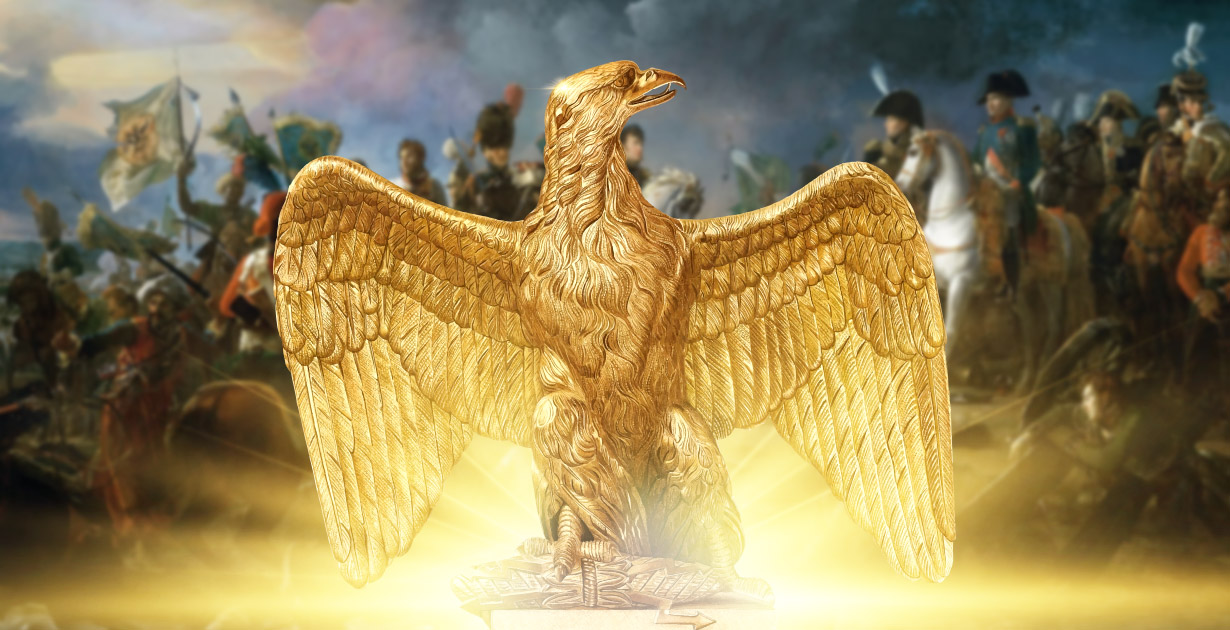 Golden birds became a symbol of the military regiment of France. Depending on the region, each eagle had its own number.

According to Napoleon Bonaparte, the mighty eagle was intended to institute feelings of pride and devotion among the soldiers. Historians claim that in one of his emotional messages, Napoleon called on the troops to spare no effort in defending the golden eagles.

In December 1804, Napoleon I distributed the eagles, which were created based on the eagle standards of the Roman legions, among the French soldiers. 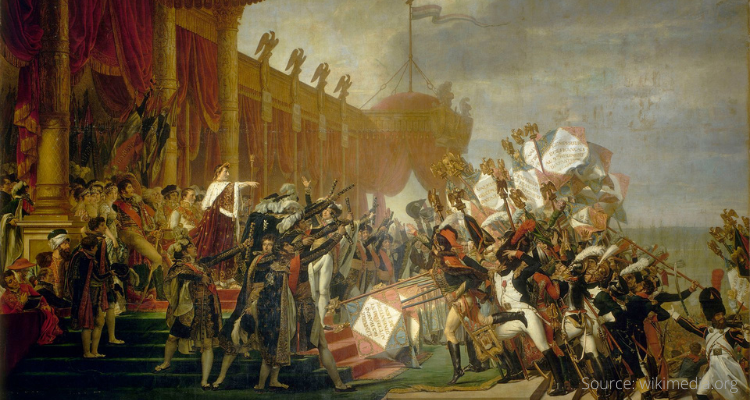 In the photo: “The Distribution of the Eagle Standards”, an oil painting by Jacques-Louis David (1810), is stored in Versailles. The great commander blessed the standards being held out towards him.

The famous sculptor and artist Antoine-Denis Chaudet was engaged in the development of the design of the eagle. Based on his sketches, copies of the majestic bird were created in the famous workshop on the Rue Saint-Martin in Paris. The work was carried out by the greatest bronze-caster and minter Pierre-Philippe Thomire. For many years, the craftsman mastered the skills of casting and gilding that he applied in the manufacture of Imperial Eagles. 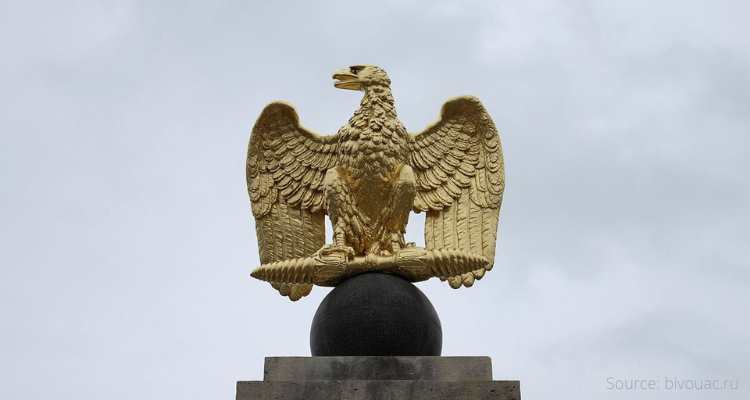 In the photo: Napoleon personally controlled the process, the very first eagles were completed on December 5, 1804.

The Imperial Eagle is made of bronze (an alloy of copper and tin) and gilded. The height of the bird is 31 centimeters; the width is 25.5 centimeters. The eagle’s base featured the regiment’s number, but the eagles of the Imperial Guard had the inscription “Garde Impériale.” The eagle was quite heavy, the weight of the bird — 1.85 kg, and if we take into account the two-meter oak pole and the flag, the warrior had to hold the object weighing 4.5 kilograms during the battle. The eagle was carefully guarded, next to the officer on the left and right were two soldiers who were supposed to protect the eagle at any cost. 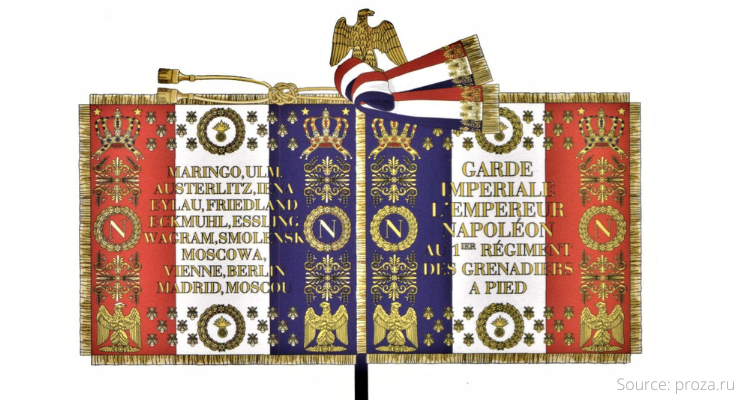 In the photo: the slogan “Valeur et Discipline” (Valour and Discipline) symbolized the most important values of the soldiers of each regiment. The name of the military formation to which the eagle standard belonged was usually embroidered in gold letters on the heraldic flags, and the most significant battles and rewards received could also be listed on them.

Gold became a reflection of the ambitious goals of Napoleon, his strive for power and honor. The tricolor cloth was embroidered with golden imperial crowns, eagles and bees. The flags of the regiment were also crowned with recognizable figures of gilded eagles; Napoleon even approved the image of an eagle on the coat of arms of the Empire.

Eagles became a symbol of honor and loyalty to Napoleon. The regiment, sworn to fight to the end and give all its strength to save the important symbol, simply could not lose the eagle. Such a loss would mean an indelible mark of shame. The fate of the golden eagles was difficult, the opponents always sought to seize the main symbol of Napoleon’s warriors and destroy it. In 1812, Emperor Napoleon ordered the flags to be burned and some of the “eagles” to be destroyed in order to prevent their seizure during the retreat.

However, some of them have survived to this day and now occupy their rightful place in the world collections.