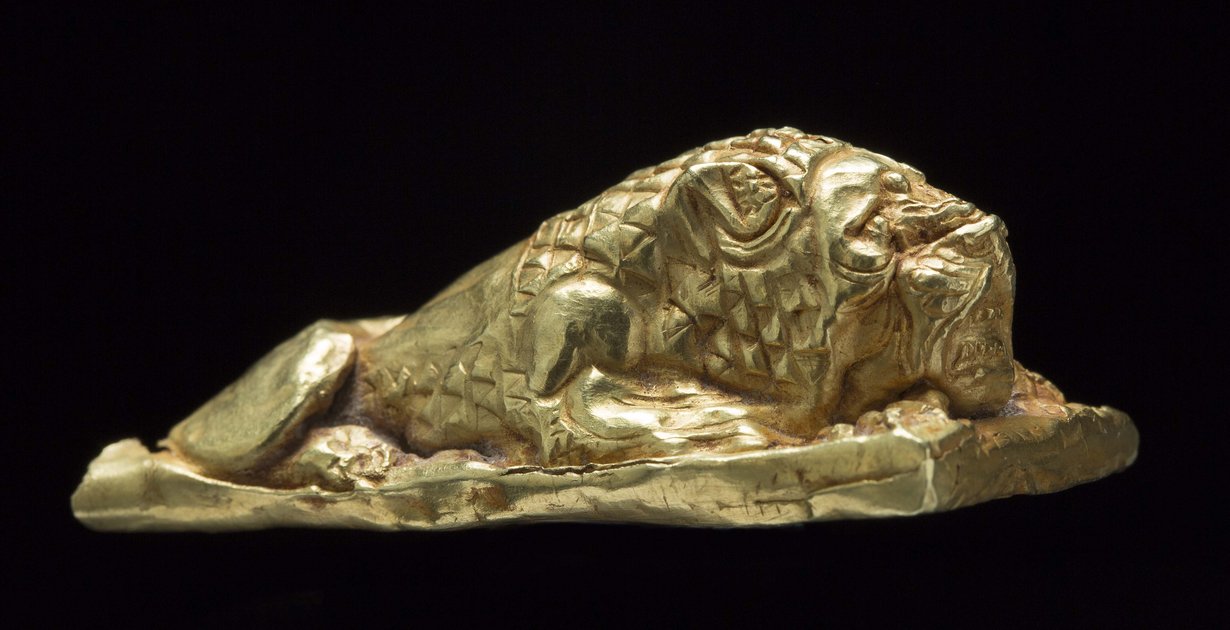 For 2300 years, Bactria has been flourished where, as of today, the borders of Afghanistan, Turkmenistan and Tajikistan meet. Bactria was a thriving country during the 2nd century BC. Ancient Greek playwright Aeschylus wrote about the residents of Bactria in the tragedy "The Persians." In the "Geography" of the ancient historian and scientist Strabo, the country of Bactrians, full of gold and bread, was mentioned as well.

Nomads from the North seized the country in the I century AD. The kingdom vanished from the world map. The Bactrian treasures couldn't be traced for almost 2000 years.

In the photo: Greco-Bactrian country during its thriving period — about 180 years BC.

Gold came out of the blue

In the autumn of 1978, archaeologists from the USSR were excavating ancient cities on the territory of Afghanistan and Turkmenistan. They explored the remains of the fortress wall in the Tillya Tepe area (literally Golden Hill in Persian).

On November 15, a heavy rain was pouring, and the slope of the hill blurred under the remains of the city wall. A worker named Hudaydot dug the ground with a shovel, and the yellow metal started to gleam in the sun. It was gold! So, with the help of an Afghan peasant, the expedition led by the academician Viktor Sarianidi made a discovery just as great as the discovery of Troy or the tomb of Tutankhamun.

The campers were not ready for such a surprise. They lacked tools and materials. Scientists worked in the rain and wind for three months. In the harsh conditions of the Afghan winter, they examined six graves in which they found 20000 gold pieces. After 20 centuries, the gold of the Bactrian kings revealed itself to the world once again.

Kings were rolling in gold

Gold in huge quantities filled the burials layer after layer. Prior to getting to the remains of the royals, archaeologists extracted 2000-3000 precious objects. Every piece of gold was photographed and packaged carefully.

The description of what was found in the Tillya Tepe: 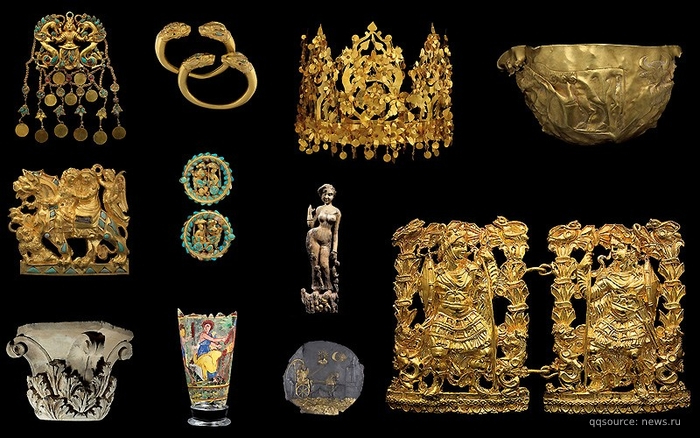 In the photo: А crown made of gold and precious stones. А crown that presumably belonged to the Queen of Bactria. Anklets (leg bracelets) with heads of leopards. Gold, turquoise, carnelian. The weight of each bracelet is 500 grams. A clasp which depicts Dionysus and Ariadne accompanied by Eros, riding a mythical animal. Gold mixed with turquoise. The golden Ram figurine — the God of luck in Bactria.

In January 1979, archaeologists found three more graves filled with gold, but they had no strength or resources to proceed further. The scientists stopped working and transported the collected items to the National Museum of Kabul. The war in Afghanistan prevented Sarianidi’s expedition from continuing to explore the Golden Hill. Now there’s a deep pit, dug out by the locals on the site of Tillya Tepe. Burials were eventually ransacked.

When the Taliban seized power in Afghanistan, they tried to find the collection, but it vanished. With the restoration of legality in the country, museum workers returned the royal treasures. Viktor Sarianidi was present at the opening of the vault and confirmed the authenticity of gold that was discovered during excavations 23 years ago.

Since then, the exhibition of jewels of Bactrian kings moves from country to country.

Read also: The Gold of Hellas