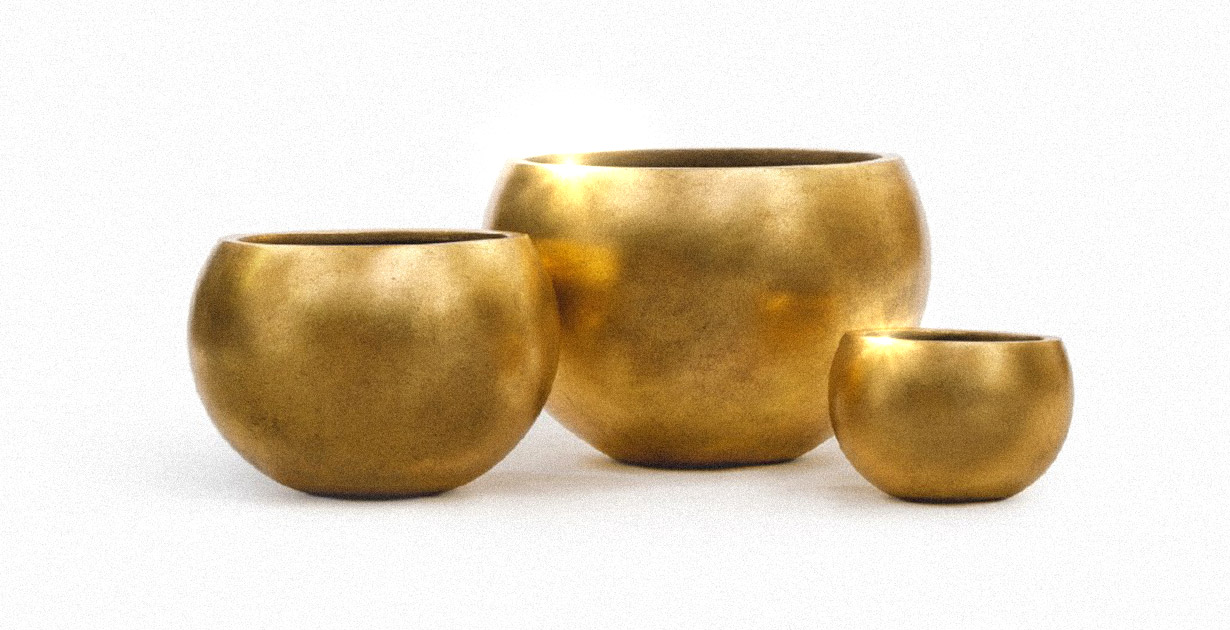 The place where the rainbow touches the ground...

This time we reveal the secret of the “rainbow cups” made of gold.

In Brandenburg, volunteer archaeologist Wolfgang Herkt discovered an ancient cache of golden coins. Coins were minted two millennia ago: the finding is dated between 125 and 30 BCE.

After the conducted research, it turned out that the treasure hunt was truly unique; before this discovery, there were no traces of the Celts in Brandenburg. 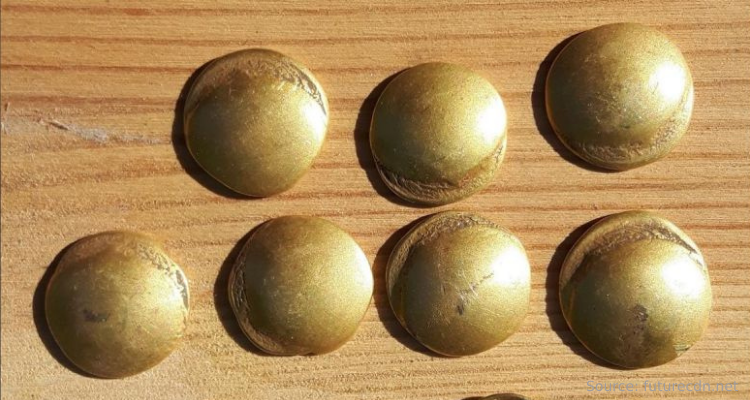 In the photo: “regenbogenschüsselchen” (translated from German) means “rainbow cups”.

In folk memory, the legend of the miraculous properties of the rainbow lives on. The place the rainbow touches becomes full of gold treasure troves. According to one version, the coins got their name due to the curved shape resembling the arc of a rainbow.

According to another version, coins once fell from the sky during the rain and were perceived by the inhabitants not only as a talisman, but also as objects with effective healing properties.

When the peasants found shining coins in the fields, they thanked heaven for the amazing gift of fate.

Wolfgang Herkt did not immediately realize that he had found something valuable. At first glance, it seemed to him that it was an ordinary bottle cap. But upon closer examination, he realized that he had stumbled upon a valuable coin. As the archaeologist continued the searches, he discovered even more “golden cups” and reported about the valuable treasure hunt to the Brandenburg State Heritage Management and Archaeological State Museum (BLDAM).

The lucky archaeologist understood that such a discovery could be made only once in a lifetime, so he was incredibly fortunate in that respect! 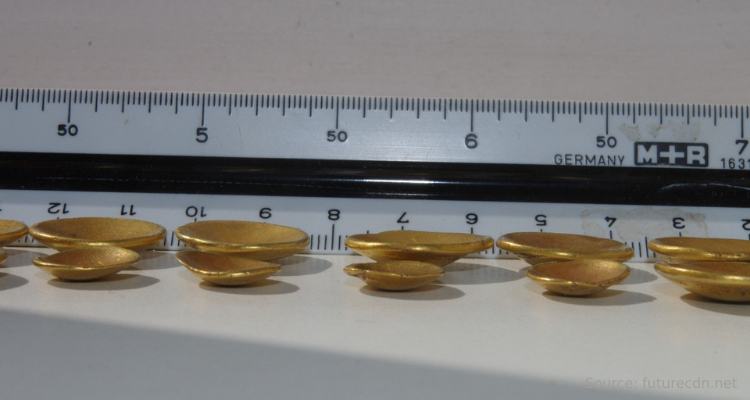 In the photo: coins found in the north-east of Germany differ in weight and diameter.

During the work, archaeologists unearthed 41 golden coins of the Iron Age. It is noteworthy that the Celts lived at that time in the territory of Southern Germany. However, their “currency” was found in Brandenburg. All this suggests that extensive trade links were established between the various regions.

Scholars believe that the cache of Celtic golden coins was created only in one place, however, it remains a mystery why Brandenburg was chosen for this purpose.