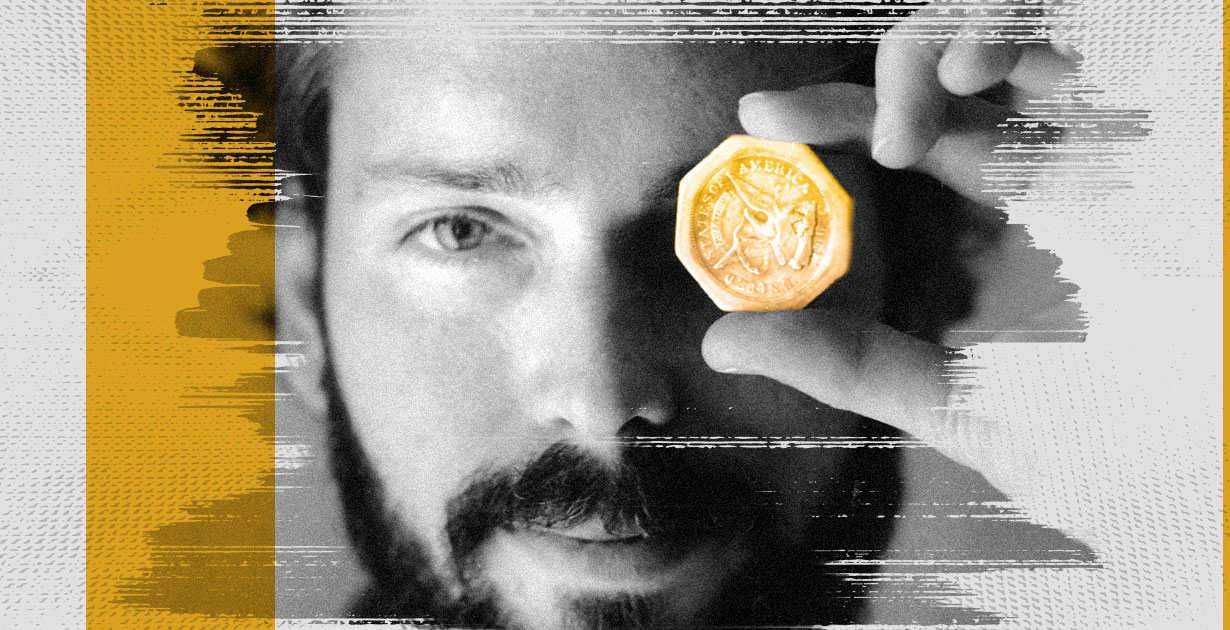 If a person has a goal and a great desire to achieve something, the Universe will grant the opportunity to achieve it.

Having designed an underwater vehicle capable of working at great depths using telecommunications, the young engineer Tommy Thompson wanted to use it in his treasure hunting endeavors.

To do this, Tommy set a goal – to find the SS Central America steamer. The ship hit the storm in September 1857 and sank off the southeastern coast of the United States.

In the photo: for four years before the shipwreck day, the ship was safely transporting passengers.

The ship carried more than 500 passengers and crew members on board. In 1857, the California Gold Rush drew to a close and could no longer sustain the staggering pace of the US economy. Banks needed a lot of the precious metal to bolster the population’s faith in the currency. State-owned gold bars, coins and nuggets were a part of the SS Central America’s cargo. The ship was called the “Ship of Gold”. 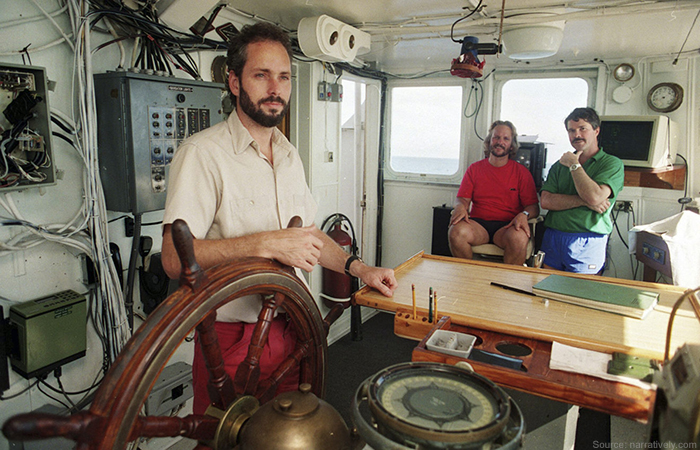 In the photo: Tommy Thompson, the creator of the deep-sea remote-controlled underwater robot “Nemo”.

The man of his word

The treasure hunters had three main tasks to accomplish:

Thompson began with the latter. Within a few years, he collected money from 160 investors – nearly $10 million. People believed that he had a practical approach to life, aside from his engineering talents and a clear plan of action.

For the first three years, the young treasure hunter informed his investors about the progress, earning a reputation of a serious businessman. He built the “Nemo” robot, equipped with sensors and cameras, underwater manipulators and sea bottom clean-up devices, which later successfully passed all the sea tests.

Thompson purchased and re-equipped the Arctic Discoverer, a Canadian-made scientific ship, and installed the latest sonar system. He used aviation and satellite cameras, he got one step closer to the goal.

The engineer instilled confidence in investors, persuading them to give him more money to cover the increasing expenses once again. Even after 30 years, several project contributors continued to trust him, without claiming a single dollar in return. 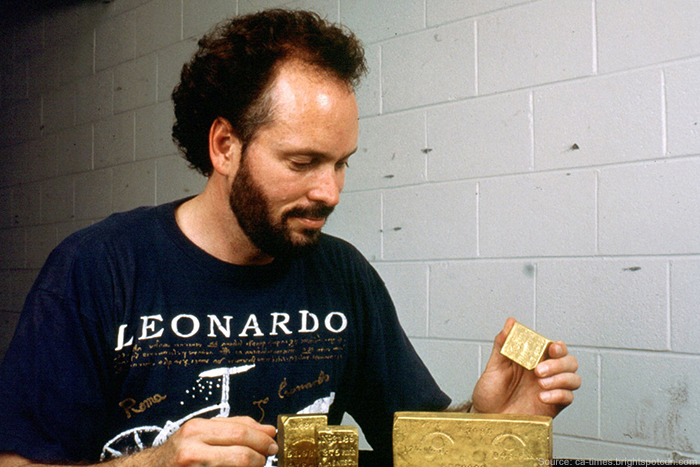 In the photo: Thompson planned to devote his life to the search of sunken ships and earn a fortune.

An unexpected turn changes the plans

September 11, 1988 – 131 years passed after the shipwreck of the SS Central America – Thompson discovered the famous ship and lifted the first gold from the sea bottom.

As soon as the first rumors of the raised gold started circulating in the press, 39 insurance companies asserted their ownership rights to the valuables, assuming that they were entitled to claim a part of the treasure, having insured the ship and its passengers 130 years ago.

Tommy and his investors didn’t expect that. Three tons of gold that he and his colleagues raised from the bottom of the sea were sold for $50 million, and Thompson did not want to share the fruits of his labor with insurers.

The insurance companies sued him. The trial lasted for four years. In 1992, the district judge dismissed the case, acknowledging Tommy and his crew members as the sole owners of the SS Central America’s gold.

In the photo: Tommy, as previously agreed with the investors, counted on receiving 40% of the cost of the treasure. Yet the insurance companies did not give up. Most of them continued the legal battle.

Catch me if you can

In just seven years, the case of Thompson’s gold was reviewed by the highest judicial bodies of the United States four times. During that time, Tommy went broke and lost his family, his business was on the verge of bankruptcy, the team split up and most of the investors turned their backs on him. $5 million in debt – payments to insurers, both the investors and Tommy’s team members claimed their share too, but Tommy was gone. 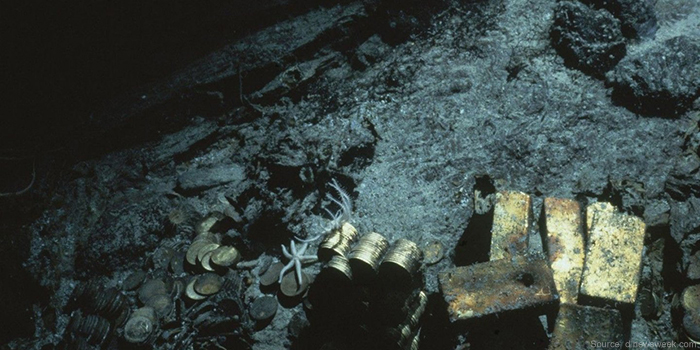 In the photo: gold coins and bars were preserved intact at a depth of three kilometers.

The trial is ongoing, while gold is getting more expensive

Nevertheless, the authorities found and detained the treasure hunter in 2015, putting him under arrest. Tommy had $10,000 in cash, apparently, he kept the money in a damp place, possibly under the ground. He claimed that it was all he had. Three years later, Thompson agreed to hand over 500 gold coins to the court, but then began giving evasive answers about their whereabouts, claiming that he had lost all the access to them.

A few years ago, the Odyssey Marine Exploration resumed searching for the treasure of the sunken ship. 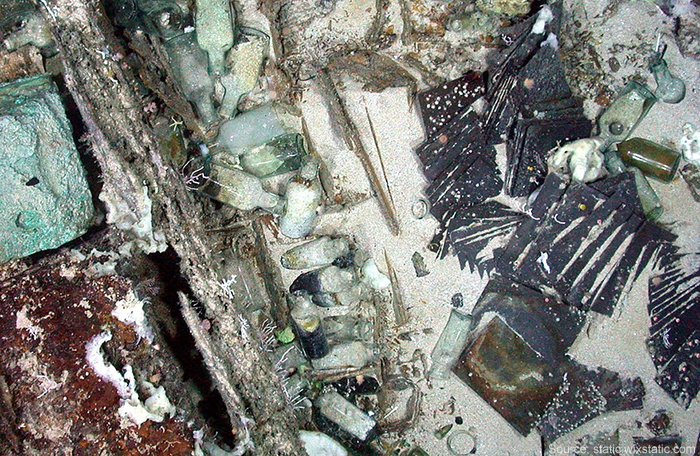 In the photo: the relics from the SS Central America steamer were exhibited all over the world.

The prisoner couldn’t remember the exact place, yet some of the deceived depositors believe that Thompson extracted way more than three tons of gold from the sea bottom, and now simply waits for the next increase of gold prices.